Here is a sample 4K 360 video from the recently-launched Moto 360 Camera accessory for Moto Z phones, and here are my observations.

Here are my observations:

Sharpness is excellent.  You can see a lot of detail.  For example, you can read some of the text in this billboard which was across the street from the shooter. 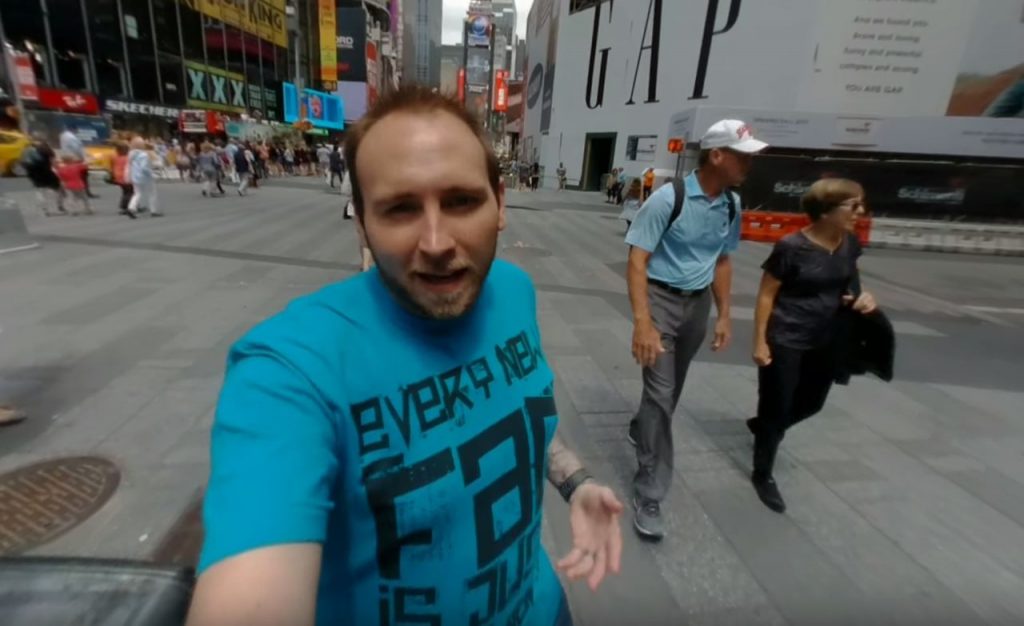 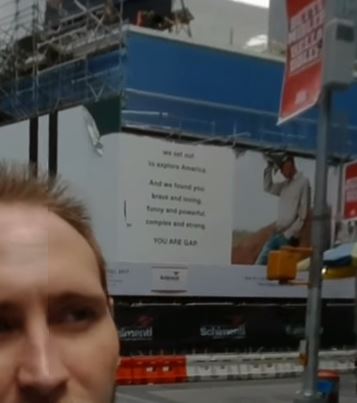 The sharpness is also reasonably consistent throughout most of the image but the lens facing the shooter is slightly blurred near the stitch line.  The fact that the opposite side lens doesn’t have this issue suggests that there’s a slight lens misalignment in this sample.

Dynamic range seems decent.  The sky is not totally blown out.  But the shadows in the nearby theater seems to have little detail: 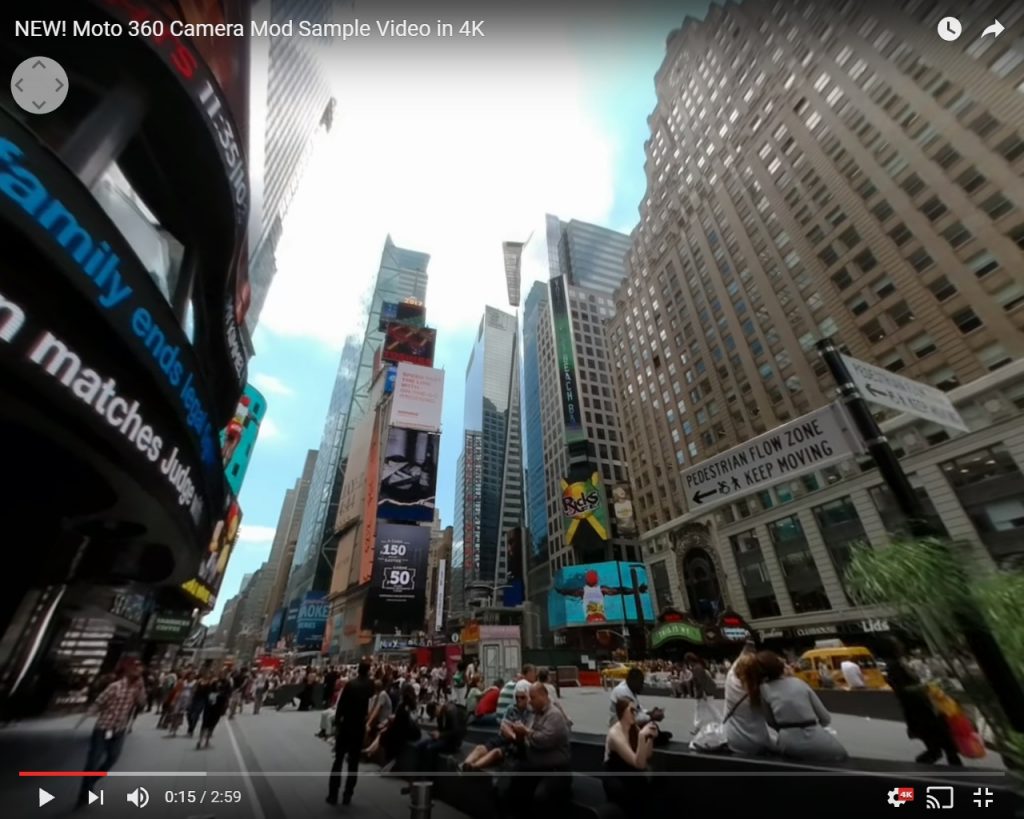 There is almost no purple fringing.  This is excellent performance for chromatic aberration: 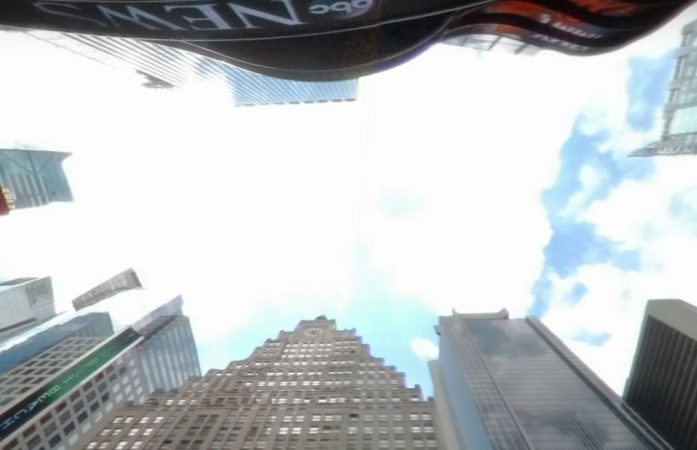 Stitching is not bad.  There is parallax stitching error but most casual viewers would not really notice it.  You just have to make sure not to put anything important (especially people) along the stitch line (i.e., perpendicular to the camera).

Sound seems to be monodirectional.  For most of the video, I can only hear the ambient noise and I can’t hear what the speaker is saying.   But around 2:35 of the video, the shooter turns the camera around and his voice can be heard clearly.

All in all, I am impressed.  I thought the price was a little high but the camera seems to have very good video from the little we’ve seen.  (I still don’t know what the photo resolution is.) I don’t have a Moto Z phone, but if I had one I probably would strongly consider getting this camera.

Thank you very much to Antony Fedosenko for bringing this to my attention!

Kodak PIXPRO Orbit360 will be available for preorder in the US tomorrow July 28
Facebook Live 360 Ready cameras: which should you buy?
Comment