The reason I’m having a hard time assessing the Gear 360’s sharpness is because it seems it can change drastically.  Check out this comparison.  It’s a 100% crop of a portion of two test shots from the Samsung Gear 360 (both at 30mp). (Pls. click to see it larger.) 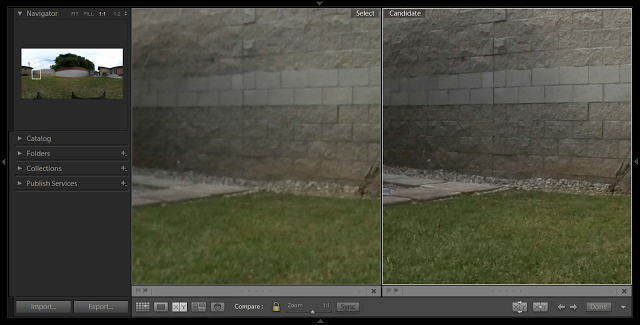 It’s almost like they were taken by two different cameras.  The one on the right is so much more detailed.  Here is another comparison, at 14mp: 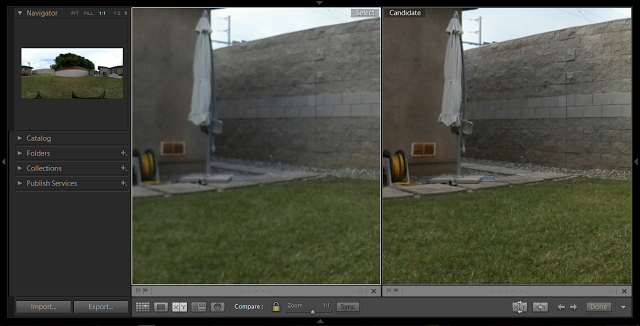 The strange thing is that the shooting settings seem to have been the same as far as I can recall.  I thought maybe yesterday’s firmware update would fix it, but the issue is still there: 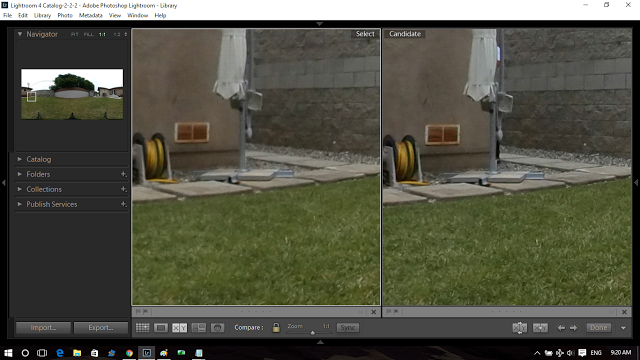 The only thing that seems to be in common with both sets is that the sharper ones were taken before the blurred ones.  IOW, the images were sharp, then I took some more shots, and they became blurred.  Given that the Gear 360 sometimes becomes sharper again, it’s unlikely to be a physical defect.  It seems to have something to do with software, possibly a setting that I missed or maybe an issue with stitching.

FWIW, the photos here were all stitched by the Samsung Gear 360 Manager software (yes I installed the update as well, and the first two sets above were before the update, and the last set was after the update).  I haven’t tried stitching the photos using ActionDirector because thus far I’ve been unable to, on my 4-yr old laptop.

Anyway, here are the two files (after the firmware update) for your pixel peeping pleasure.  (The top one is the sharper one.) 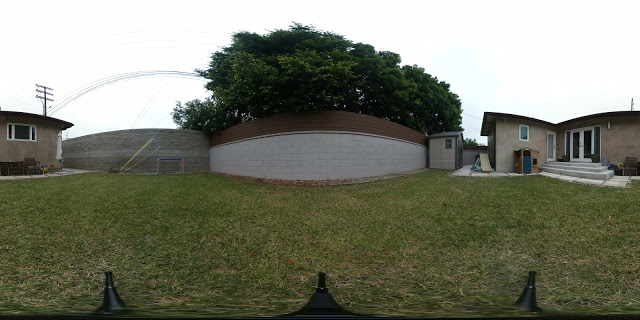 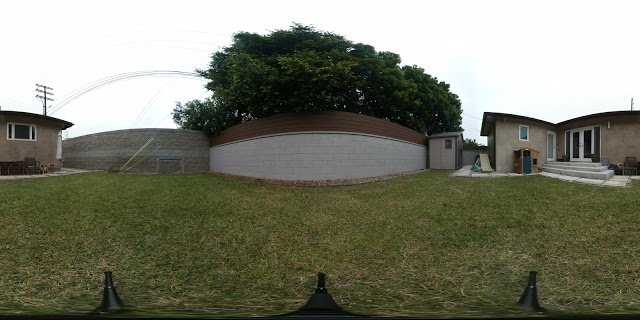 I’m going to try to figure this out… If you have any theories, I’m open to suggestions!