I tried to get to the bottom of the inconsistent sharpness of my Samsung Gear 360.  Here’s what I found.

For each combination, I took several shots.  I also took photos before and after shooting a video.  Moreover I did the entire series twice just to see the repetition of any patterns.  The gap between the two sets of tests was about 50 minutes.

The ambient was cloudy weather, in late afternoon.

RESULTS
I found that the first photo was consistently sharper than the last photo, until I turned off the camera, left it alone, then turned it on again.

Comparing 410 and 433, we see that 410 is significantly sharper than 433, even though their exposures are almost identical (only 1/3 stop apart in shutter speed). 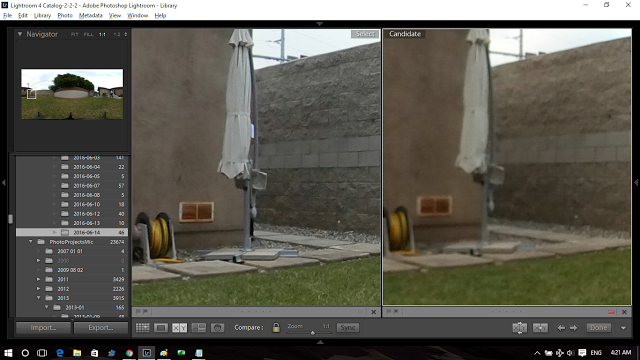 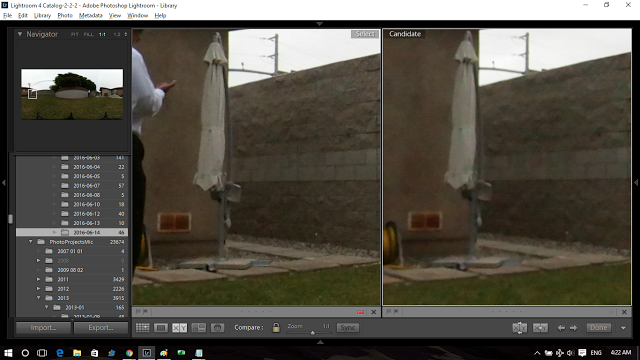 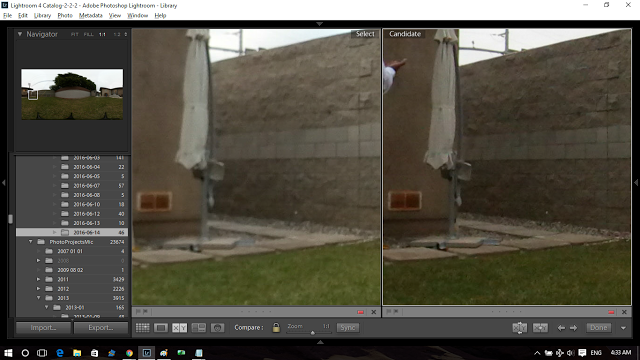 Another possibility is that this is some kind of stitching error.  To examine this possibility, I compared the unstitched double-fisheye versions of 433 and 434 (433 on the left). 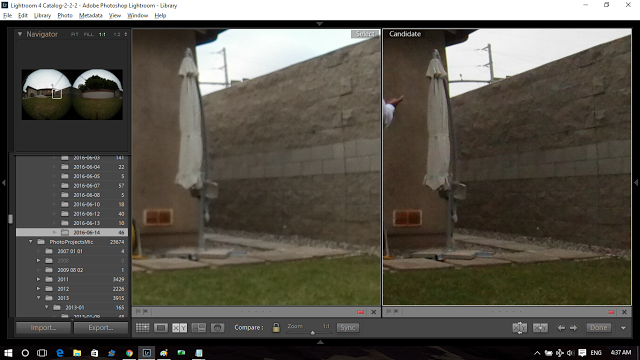 As you can see, even when comparing the unstitched versions, 434 is still sharper than 433.  This means that the blurriness is with the original unstitched file.  The blurriness is NOT due to a stitching error.  It also appears that if there is a loss in sharpness in the image, the loss is not recoverable.
The only discernible pattern so far is that the first photo is definitely sharper than the last photo, and that the blurriness never reverses until after the camera is turned off.  Based on this behavior, it appears that the most reasonable explanation is that the blurriness may be caused by the sensor and/or processor overheating.  Going further, given that the Gear 360 does not stitch the images (stitching is done on a phone or desktop), I believe it is more likely to be the sensor overheating (rather than the processor).

In either case, IF it is true that the cause is overheating, one way to keep the Gear 360 images sharper is to avoid leaving it on unnecessarily.  I will continue to investigate this.