Now we have a photo of the waterproof housing for the Samsung Gear 360, and new accessories! 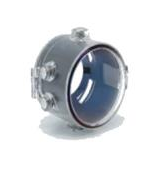 As you can see, it has buttons to enable you to continue to control the Samsung Gear 360.

The part number is EF-YC200BTEGWW (or EZ-C200H) and it is already in stock in at least one online retailer for CHF 85.86 (around USD 89.30). Other European stores are reporting that it will be available July 1.

2. DEDICATED REMOTE CONTROL and other accessories 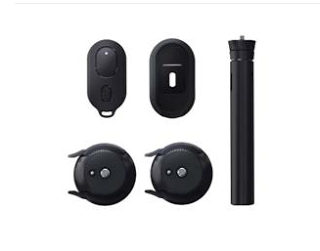 There is also another accessory pack that includes:

The Samsung Gear 360 can be controlled with the Gear 360 Manager, but a dedicated remote would be more compact.  It MIGHT also be waterproof – not sure yet.  To connect the Gear 360 to the remote, you would hold down the Menu button, then when “Gear 360 Manager” shows on the display, press the menu button to move to the next option which is Remote Control,  Then you press the shutter.  You’ll have 1 minute 30 seconds to turn on the remote for them to be paired.

A huge thanks to reader Floris de Best for spotting this and sharing this info with all of us!

UPDATE: Here is a brochure that confirms the accessories!  Thank you very much to reader Alex Caizergues for finding this and letting us know about it!  The brochure states that the maximum depth is 40 m according to this brochure 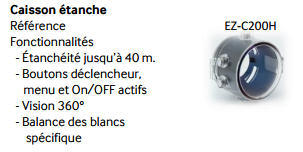 The brochure also gives an alternate part number for the spare battery as EZ-C200B!
8/20 UPDATE: The accessory kit is now available in the US.  See here.

RELATED POSTS:
– Samsung Gear 360 $350 with free one-day shipping; how to check if you can use the Gear 360
– Gear 360 accessory kit now available in the US
– modified Gear 360 Manager app that can run on some Android phones.
– use an iPhone to trigger the Gear 360 remotely
– stitch on a Mac without 3rd party software