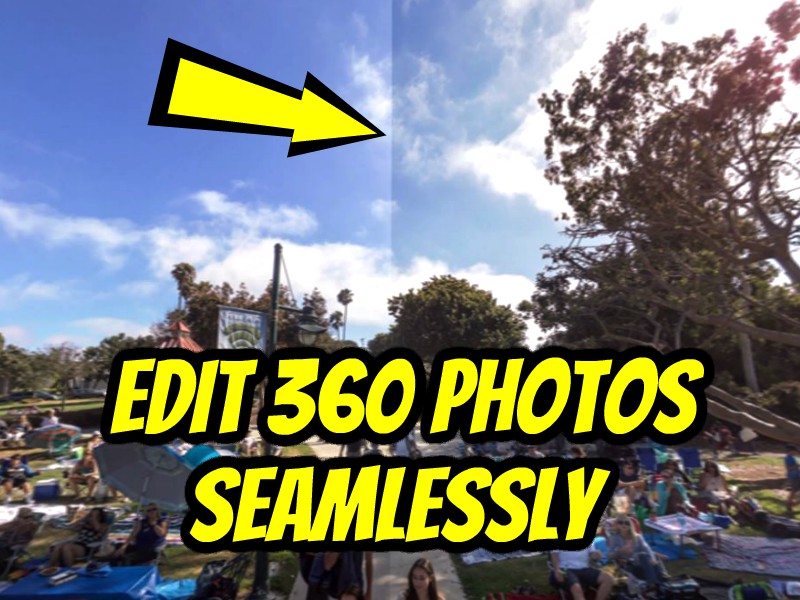 Adobe has updated Camera Raw 11.4 to enable seamless 360 photo editing in Lightroom Classic and Photoshop, even when using adjustments to Clarity and Dehaze.

There are workarounds, such as the Seamless360 script by Ric Tan.  But overall, it is a tedious and bothersome chore to remove the seam.  Some photographers avoid locally adaptive adjustments altogether just to avoid having to remove the seam.

Now, with Adobe Camera Raw 11.4, you’ll be able to use any adjustments and there will be no seam.  Adobe calls it “Edge Aware 360 editing” and is now available.   Here is a sample XPhase photo with intentionally extreme adjustments in Lightroom (+100 Clarity and +100 Dehaze) and yet there is no seam (although the zenith does look pointed).

However, please note that this feature is not yet supported in the Camera Raw filter, which will still result in a seam (hopefully that will be added soon).

Meanwhile, here are other related techniques and products for removing the seam:

3. Antiseam360 app for Android.  Edit an expanded version of your photo, then restore it to normal size.

4. Edit360 app for iOS and Android.  In the advanced settings of this app, you can export a photo as an orthogonal pair (one has a pitch of 90 degrees relative to the other).  If you edit both photos the same way, the edit360 app can recombine both images and there will be no seam.

6. Theta Z1 Stitcher for Android ($14.99 on Google Play store).  Edit the unstitched photo before stitching them.  Works only for Ricoh Theta Z1.