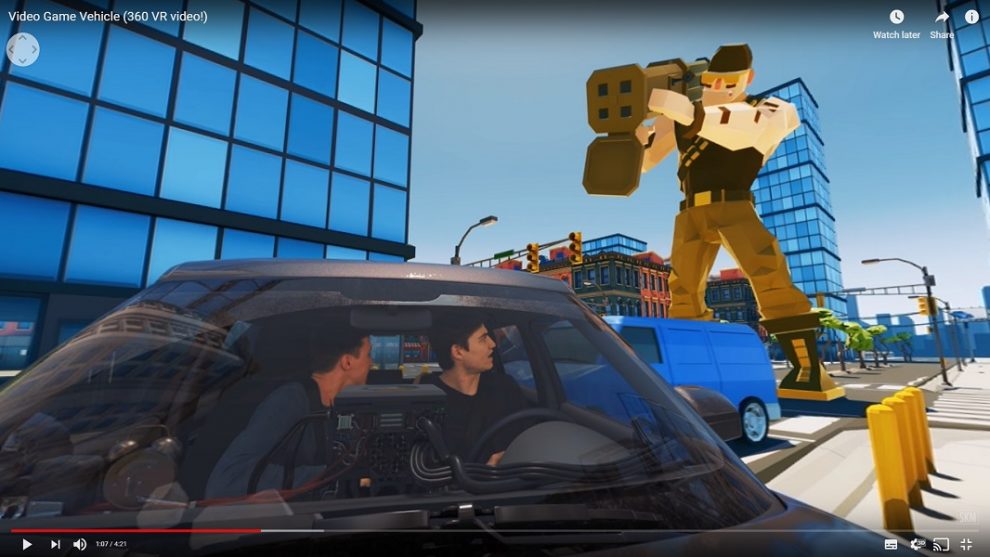 This is the best 3D 360 video I’ve seen in a while and makes the strongest argument for VR headsets and 3D 360 videos!  And if you have a VR headset, and are looking for a 360 video to show your family and friends, this is the best 360 video demo I can think of, whether you have Google Cardboard, Samsung Gear VR, Google Daydream, or even desktop VR headsets such as the Playstation VR, Oculus Rift, HTC Vive, or Windows Mixed Reality! 😀  You simply must see this in a VR headset!!!

It’s about a couple of friends who get into a car that’s been modified to travel video games.  The video is in 8K 3D 360 format (seems to be 30fps) with spatial audio (the sound will change depending on which direction you’re facing) and shows some of the most immersive effects I’ve seen in a 3D 360 video.  Most of it is CG, and it shows how well CG works for 360 videos.  Even if you watch it in 4K it looks crisp (because it’s in CG).

If you liked the video and would love to have your own personal photos and videos in VR, check out the Kandao Qoocam, Lenovo Mirage and Vuze XR.  They’re in VR180 / 3D 180 so they can capture your photos and videos immersively, without the complexity of 3D 360 videos.

Meanwhile, what do you think of the video?  Let me know in the comments!

360 camera on an arrow
Finally! Samsung Gear VR gets a native YouTube app: what it means for YOU
Comment