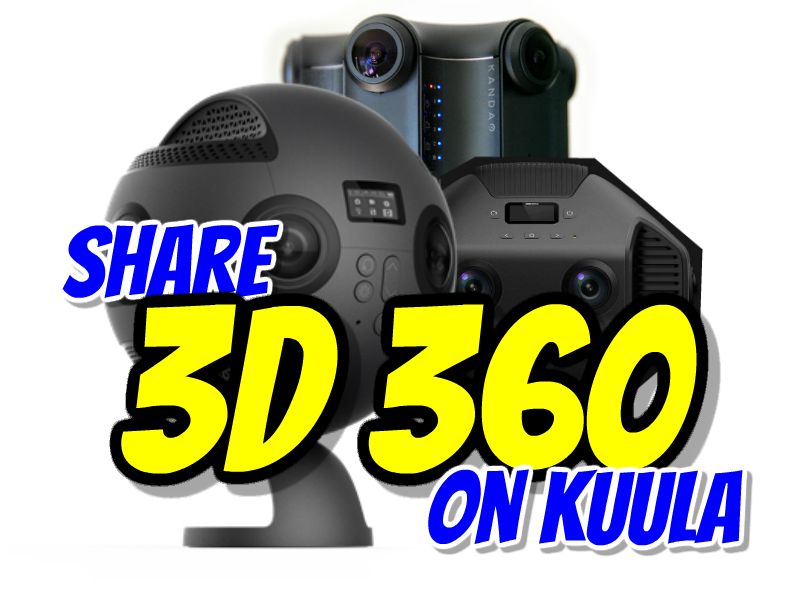 You can now share your 3D 360 photos for free on Kuula. Here’s how.

To share your 3D 360 photo or image, simply upload the stitched equirectangular photo in top-bottom format. Kuula will then automatically recognize it as a 3D 360 image.  You can also upload 3D 180 photos such as from Kandao Qoocam by converting the image to an equirectangular top-bottom format (which is one of the export options on Qoocam Studio).

As with 360 photos, you can change the heading.  Interestingly enough, 3D 360 photos also work with Kuula’s unique lens flare effect.

Here is a 3D 360 photo sample I shot with the Insta360 Pro (reviewed here).   I added the lens flare effect.  To view it in 3D, view this photo on your phone and select the VR icon (looks like a pair of VR glasses):

Besides photos from 3D 360 and VR180 cameras, you can also upload 3D 360 screenshots from games that support Nvidia’s Ansel.

RUMOR: Will GoPro have a 360-related announcement on 9-20-2018?
See this 8K 360 video live streaming demo with Kandao Obsidian and Visbit
Comment