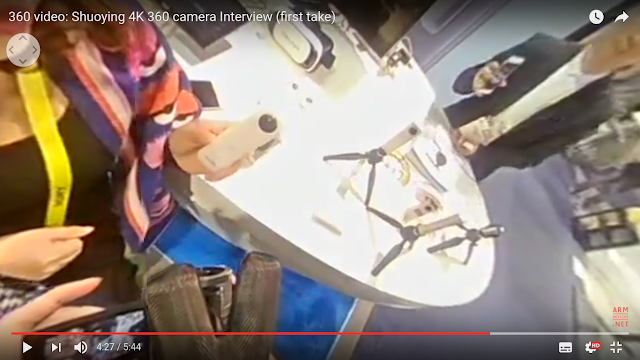 Shuoying, an original equipment manufacturer, showed two new 360 cameras — a 4k spherical camera and another 360 camera that attaches to smartphones.

Popular tech vlog ARMDevices.net interviewed Shuoying about their new 360 cameras. The video shows two new 360 cameras from Shuoying.  One of them looks similar to their previous camera, the PDV3600, but has 4k resolution.  The Shuoying reps said it has 16mp Sony sensors.

The other new camera attaches to a smartphone and looks very similar to the Insta360 Nano, but appears to have only 1080p video.  This smartphone camera is for Android phones and has an adapter to switch between Micro USB or USB Type C.  Like the Nano, it appears that it can also be used handheld. 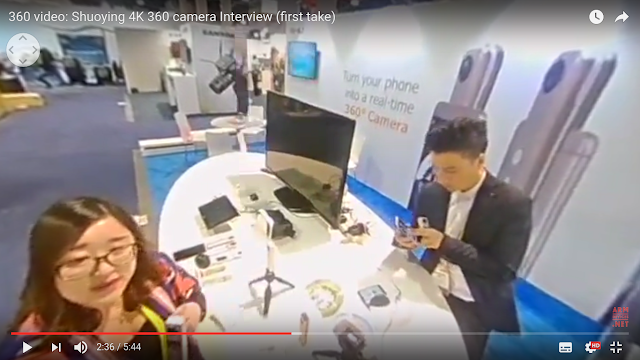