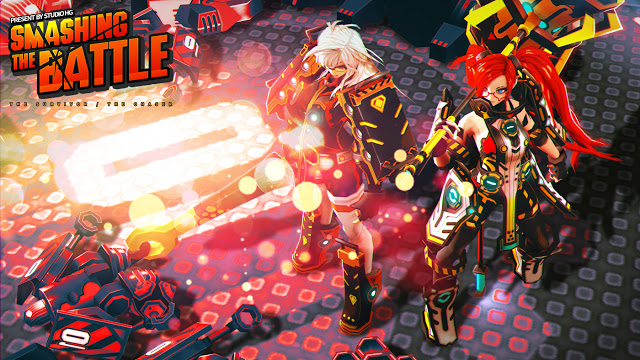 Smashing the Battle is an arcade hack and slash action game for the Gear VR and Oculus Rift.  It is a VR port of the eponymous game for PS4 and Steam, and features anime style graphics. 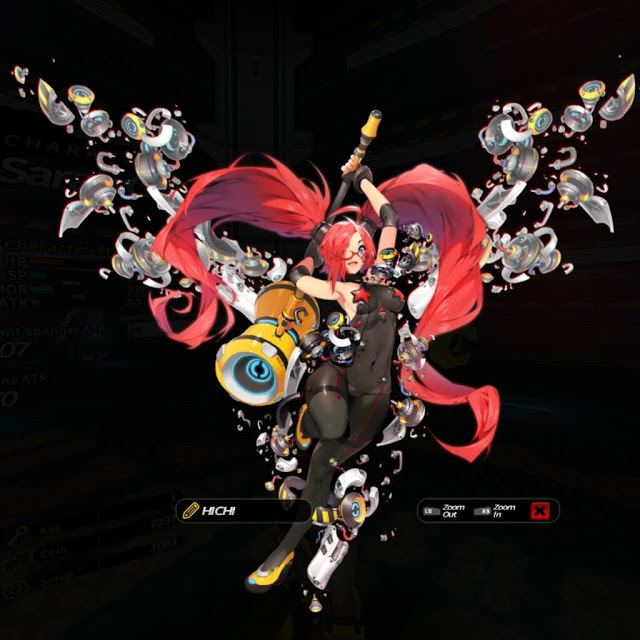 In this game, you choose from one of two heroines and battle your way against robots.  Each character has their own set of attacks.  There’s a basic attack, and some special attacks that use a character’s skill points.  As you defeat opponents, you gain points to increase your character’s attributes.  Each character has 30 levels to fight through.  In addition, there is a hardcore mode.

In this VR version of the game, you view the level from a “god’s eye view,” and it looks like the characters are battling in a miniature world, similar to other games such as Herobound: Spirit Champion and Lucky’s Tale.

The Gear VR version has simpler graphics compared to the Oculus Rift version but the gameplay is similar.  Here is a sample gameplay from the Gear VR (sorry, no audio):

The levels all have a similar look and the level design is very simple.  Although there is nothing really unique about Smashing the Battle, it’s fun for casual play.  I chose the Gear VR version instead of the Oculus Rift version because it doesn’t really need positional tracking in my opinion, and it’s more convenient to be able to play it anywhere, such as while on a plane.