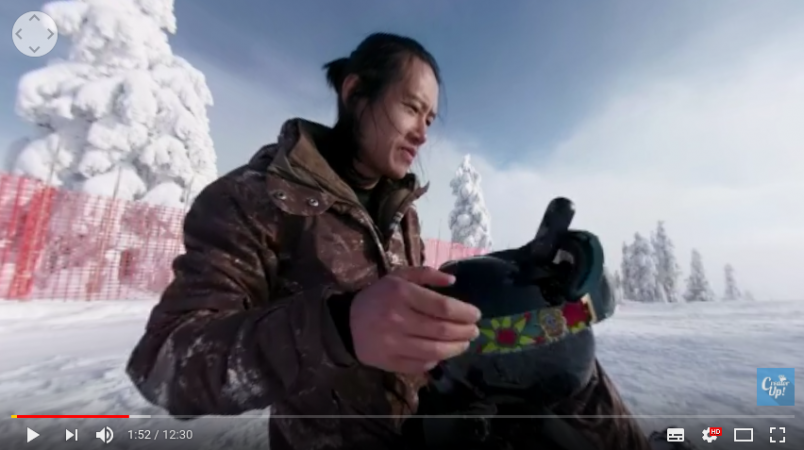 Hugh Hou (CreatorUp!) posted a snowboarding 360 video comparison between GoPro Fusion and Insta360 ONE.  Check out the video!

Insta360 ONE ($299, reviewed here) is an affordable 4K 360 camera that grabbed headlines back in August with its innovative bullet time feature.  GoPro Fusion ($699, more info here) is the new 5.2K camera that’s being hailed as the best 360 camera for 360 videos, winning effusive praise from vloggers such as Ben Claremont and Kevin Kunze.

Both of them have been touted for capturing action. How well do they perform in the real world? Hugh Hou took both of them to shoot some 360 videos while snowboarding. Here’s his video:

I thought the video was pretty good, and the results were representative of my experience with both cameras. GoPro Fusion was clearly better for image quality and stabilization. The Fusion video was more detailed and had smoother stabilization. On the other hand, I think Insta360 ONE held its own for a camera that costs less than half of the Fusion. Another thing I wanted to point out is the dynamic range. The Fusion has excellent dynamic range, yet in this video, the Insta360 ONE dynamic range was just as good.

Apart from image quality, one thing that is not evident from merely watching this video is the workflow. GoPro Fusion requires copying files from two memory cards, and because you have to manually level the horizon, you cannot batch process all the files. Videos in 5.2K must also be exported in either CineForm or Prores format (H.264 export is limited to 4K, and there’s no H.265 support.)  Insta360 ONE on the other hand, is very straightforward to process, and its desktop software has a batch processing option.

Finally, it’s good to see that both cameras were able to handle the cold without prematurely shutting down.

What do you think of the video? Which other cameras would you have liked to see in this type of comparison! Let me know in the comments! If you’d like to buy the Fusion, it’s available direct from GoPro.  Insta360 ONE is available from Amazon and Gearbest  (see here for discount codes).