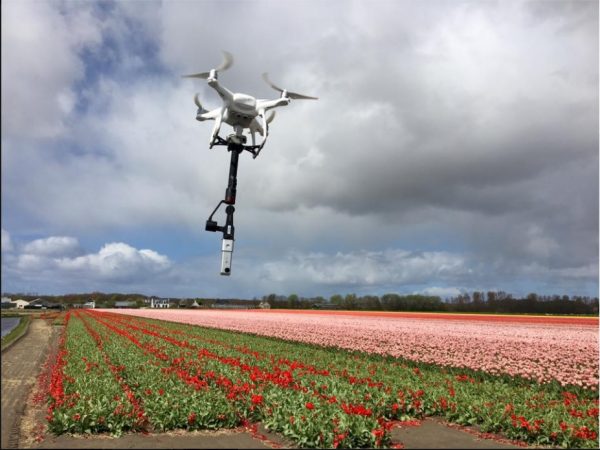 Dronewatch‘s Wiebe de Jager shot a stabilized aerial 360 video with an Insta360 Nano and a Guru 360 gimbal attached to a DJI Phantom 4 drone.  Check out the video!

Wiebe de Jager, who has captured 360 photos for National Geographic and whose 360 video has been featured by Insta360, shot a stabilized aerial 360 video over beautiful flower fields in Holland.  Here is the amazing video:

As for the Vuze, Wiebe said with the Guru 360 gimbal, the Vuze is too heavy for the Phantom 4.

Thank you very much again to Wiebe de Jager and Dronewatch.nl for sharing this video!

Guess which 360 camera was used for these underwater videos?
TECHNIQUE: Why a stabilized gimbal is essential for 360 videos
Comment