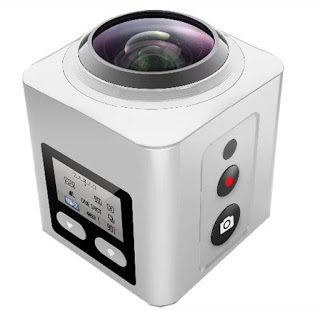 Sunchip, an OEM based in Shenzhen has a single-lens hemispherical 360 camera called the Panorama XDV360 camera, which its representative claims can capture 4k @ 30fps, at an unbelievable price.  But is there a catch?

Here are the claimed specifications:

Here are two videos on it:
By Charbax:


It is being sold on AliExpress for around $105, with free shipping to the US: 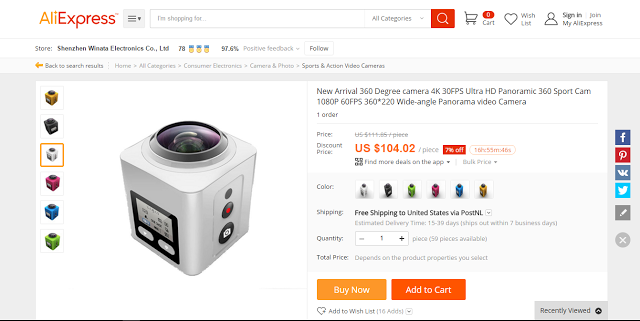 It is also unclear whether the sensor is truly 12 or 13mp.  The product brochure says the sensor is Sony 179, which seems to mean the Sony IMX179 sensor.  That could be a typo but if it really is the IMX179 sensor, it would be 1/3.2inch 8mp: 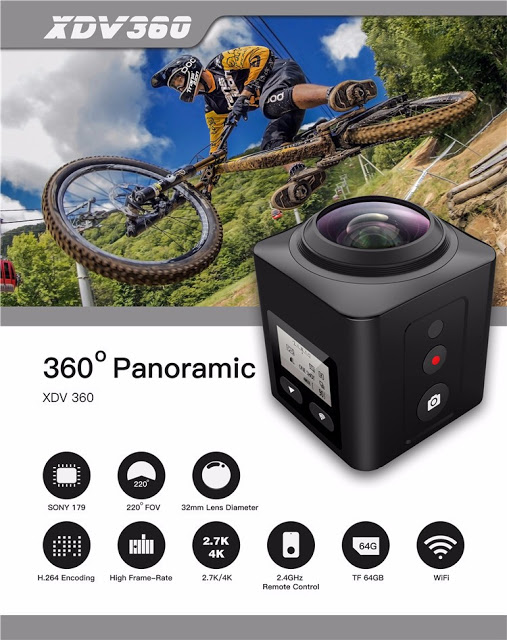 The app usefully provides 8 different views, and is available for iOS, Android, and Windows. 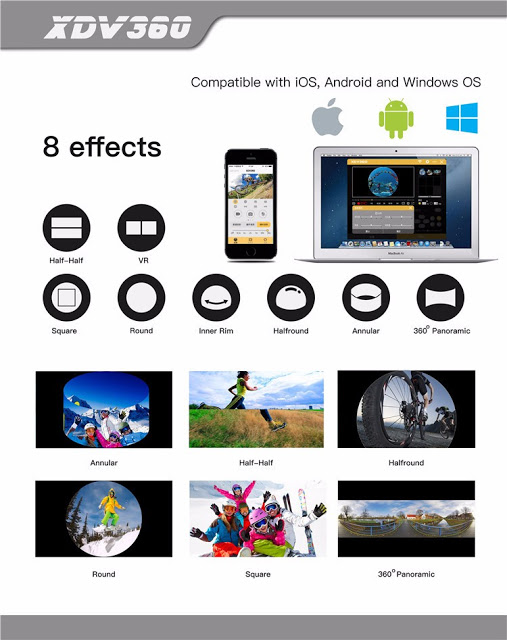 If you want to see other low-cost 360 cameras, click here, or on one of the labels/tags below (below the sharing buttons).