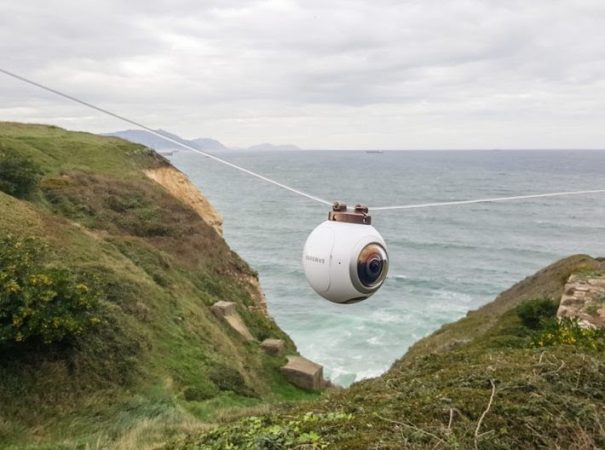 Here’s an adapter that can suspend a Samsung Gear 360 or other 360 camera in mid-air with a cable, while staying out of the frame.

Sometimes, using a drone is not feasible, practical or legal for an aerial photo.  Robert Bull has created an adapter for suspending a Samsung Gear 360 or other 360 camera invisibly using a suitable cable and this line mount adapter:

The adapter can be used to suspend a Samsung Gear 360 with a cable, and can also be used for 360 kite aerial photography.  In these examples, Robert is using a 250-lb. fishing line.  Other lines can be used although Robert doesn’t suggest metal wires which can cause wear on the adapter.

The line mount is made of polished bronze steel or stainless steel and is available for order here.