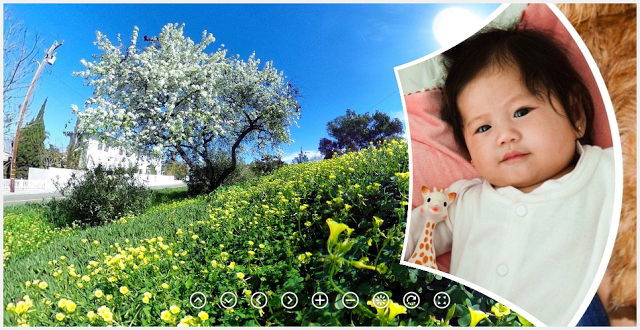 A 360-degree photo can be used not only to capture a scene in 360 degrees, but also to present conventional photos as an immersive 360-degree photosphere.  Here is a sample, where I used photos of our daughter growing up:

It’s actually very easy.  Here’s how to do it.
1.  Create a canvas that has a ratio of 2:1 (the width is exactly twice the height).  It can be a blank canvas or you can fill it with a pattern*.  Alternatively, you can open an existing 360-degree photo in equirectangular JPEG format.

*Note that if you use a pattern or other non-360 image, it will converge and be distorted at the top and bottom of the photosphere.

Here is the sample photo I used as my canvas: 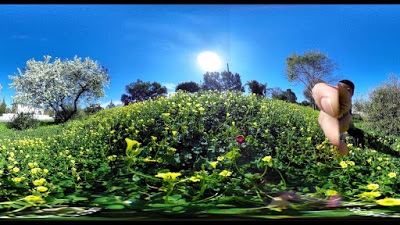 2.  Use any photo editor (e.g. Photoshop) to paste your photos onto the canvas but stay within the middle 1/3 or middle 1/5th band.  If you paste it farther above or below that, the photo will look too distorted. 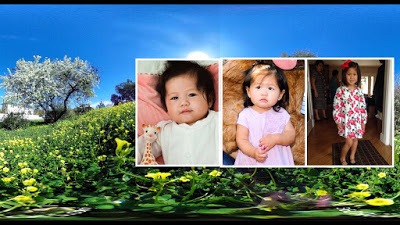 Getting fancy:
Suppose you want to create a complete photosphere, with photos even at the top and at the bottom.  That’s possible too with the help of software such as Pano2VR, which I’ll post about next time.

What’s the difference between 360 and VR? Here’s a true VR camera!
Using a Samsung Gear 360 Without a Smartphone
Comment