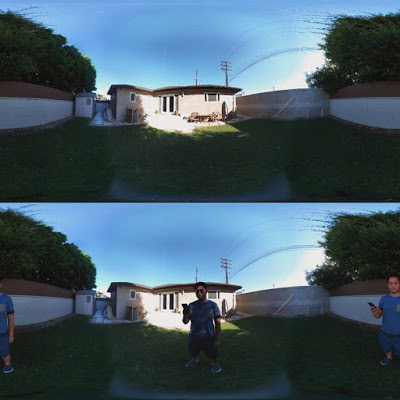 I’ve posted about an app that can automatically remove people from the background of 360 photos.  The app — Vanish360 — works only for the Ricoh Theta.  However, you can also do the same thing with other 360 cameras.  In fact, you can do the reverse effect and make clones of people as well. Here’s how.

You’ll need a tripod and an app that has a compositing or photo blending capability.  The one I use is called Enlight for iOS.  There are many apps like that for iOS and Android (search “photo blend”).

STEP 1:  With the camera on a tripod, take a photo with the people in one position.  In this example, I took a photo with me on one side of the lens.  However, the person can be positioned anywhere. 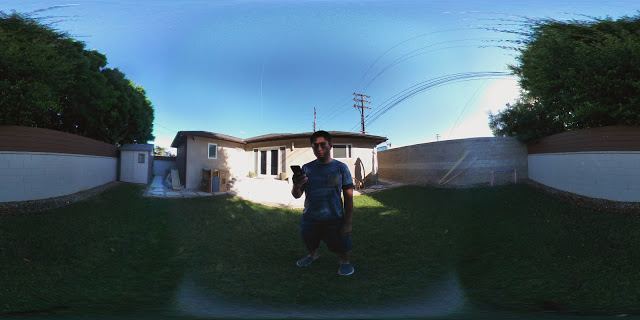 STEP 2:  Take another photo with the people in another position. 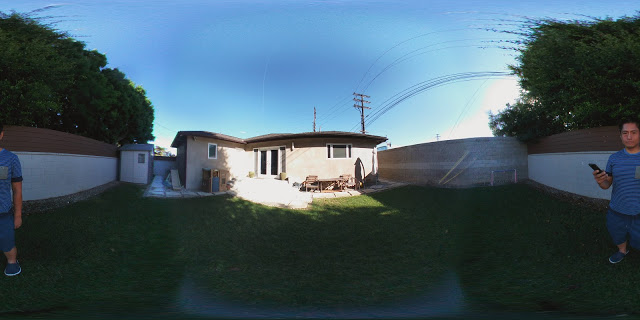 STEP 4:  On the right side of the screen, under Tools (hammer and screwdriver icon), click on Mixer.

STEP 5:  Select the second photo.  It will be overlaid on top of your first photo (it might take a couple of seconds).  Use pinch-zoom to expand the second photo to match the size of the first photo.  You’ll notice that the photo will automatically snap to the grid. 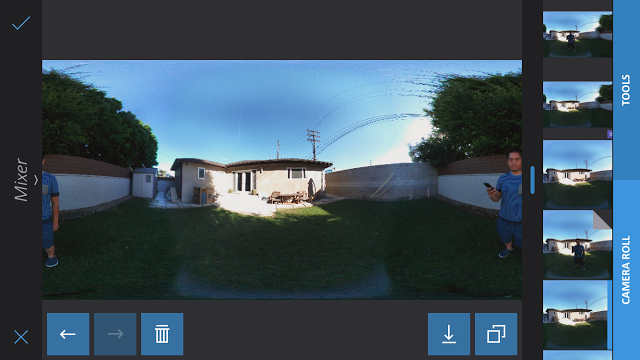 Click on Tools to bring up the blending tools.  If you’re familiar with a Layer Mask in Photoshop, this is the same thing. 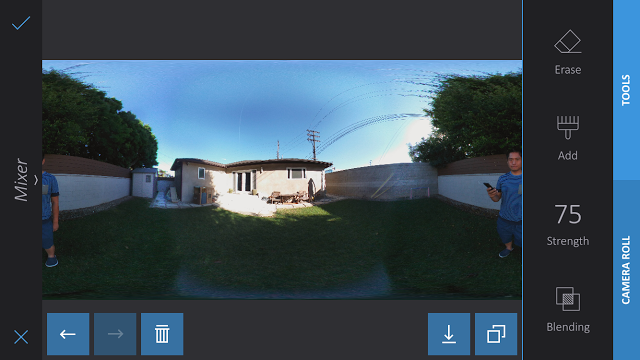 Here is the result (with me removed from the photo):

And here is an alternative result (where I cloned myself):

That’s all there is to it!  You can take as many photos as needed to get a clean background, or a background full of clones.

UPDATE: check out this related video tutorial by Pepe Vazquez!