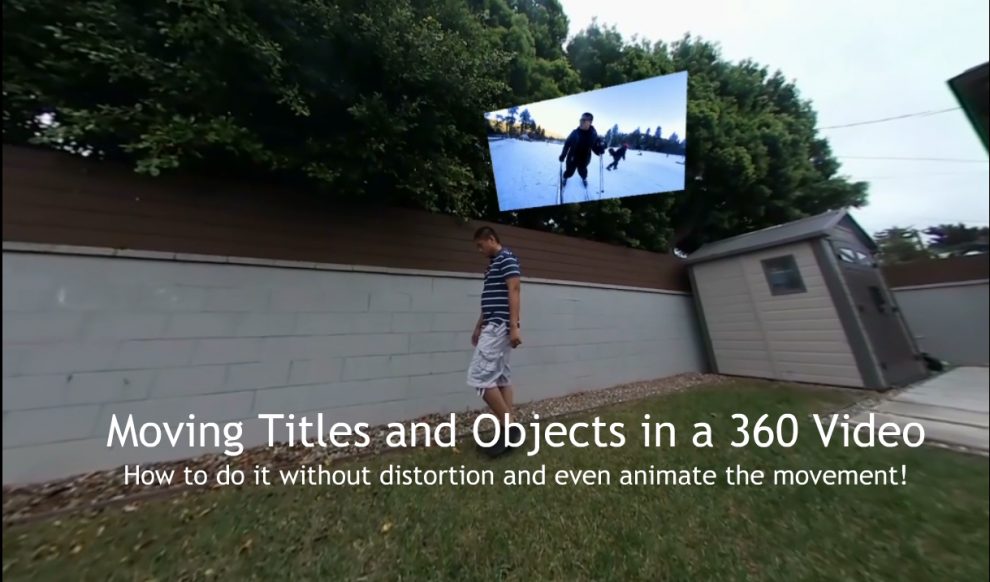 You can move titles and other objects around your 360 video while preserving their correct proportions using Magix Movie Edit Pro Plus (or Premium) 2017.  Here’s a demo and a tutorial.

One of the challenges for editing 360 videos is adding titles, graphics, and other objects.  If you place the title near the middle band of the 360 video, it will look relatively normal.  But as you move it farther up or down, it becomes distorted.

There are several software for transforming titles or graphics to warp them correctly in order to maintain their proportions as you move them around in a 360 video.  A popular free software alternative is Hugin, which works but has limited functions and requires you to go back and forth between Hugin and your video editor.  For professionals, there are plugins such as Mettle Skybox for Adobe Premiere Pro or After Effects.  Skybox ($189) works very well but not everyone can afford the cost of Adobe Premiere Pro ($240 per year).

One alternative is Magix Movie Edit Pro Plus 2017 ($99), which has several 360 editing features including the ability to move 2D objects around the 360 video while preserving their proportions.

Here’s a video showing this capability and how it’s done:


Here’s a larger version of the video.

Notably, this feature is missing from Cyberlink PowerDirector 15 (Cyberlink just tells users to keep titles and other objects near the middle band to avoid distortion).

Magix Movie Edit Pro Plus 2017 has other 360 video editing features such as converting a 360 video into 2D video with the ability to choose the view to be shown (a feature that is also in Cyberlink PowerDirector 15 and Insta360 Studio).  You saw a little bit of its capability from the demo/tutorial video when I showed the end result.

There’s a 30-day free trial if you want to check out Magix Movie Edit Pro Plus 2017.  Please note that the end video for the trial version will be limited to 3 minutes.