Sounds like a late night infomercial, right?  But it’s true.  And yes, as cheesy as it sounds, you too can get thousands of views on your 360 photos.  Here’s the secret (yes, it’s for free and it’s easy).

There are now dozens of platforms for sharing 360 photos that I’ve given up making a directory of them.  But one thing that hasn’t changed is that if you want the most views on your 360 photos, there’s no better way than through Google Streetview.  On Streetview, I uploaded just fourteen 360 photos and have gotten 1.1 million views from them (see screenshot below).  And some skeptics still think 360 is just a fad…  As they say, denial ain’t just a river in Egypt! :)) 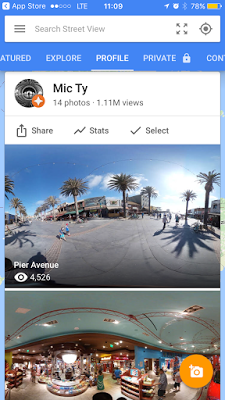 BUT WAIT – THERE’S MORE!
Now Google is making it even easier for you to get thousands of views on your 360 photos through an update to the Streetview app.  They’ve now added a “Contribute” tab, which shows you nearby places that need 360 photos.
The new Contribute tab is at the top of the Streetview app, beside Private.  When you tap on it, you’ll see nearby places that still need 360 photos, complete with information on the estimated number of views per day.  You can see them on a map represented by circles, with larger circles representing places with more views per day. 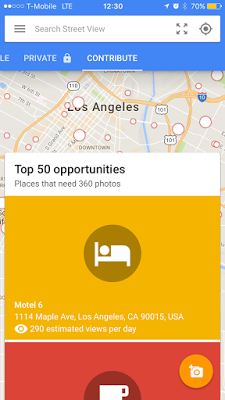 In the sample above, you can see that Motel 6 in Los Angeles gets 290 views per day.  You could rack up thousands of views in no time at all with just one photo!  Now imagine what would happen if you used this same technique to find photo opportunities and took a dozen photos or even more.  So you see, I’m telling the truth when I said you too can get thousands of views!  And you don’t even have to lift a finger to promote it, or spend money on Facebook ads.
Of course, to get the most views, your photo should look decent.  That requires a good 360 camera and good technique.  For 360 photos, the best 360 camera is currently the Panono, a 360 camera with 36 lenses and sensors and costs a whopping $1,999. 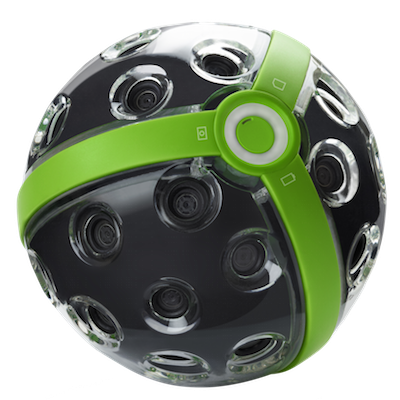 ​
But unless you’re a pro, you probably don’t need the Panono.  You can use the camera I’ve used — the Ricoh Theta S (reviewed here).  It’s been out in the market since 2015 but in my opinion it is still the best 360 consumer camera for 360 photos, for at least two reasons: it has the best stitching (bar none) and it has the best exposure control (shutter priority, ISO priority, full manual with up to 30 secs. exposure, true HDR).  The Theta S is available for $349 from retailers such as Amazon and B&H. 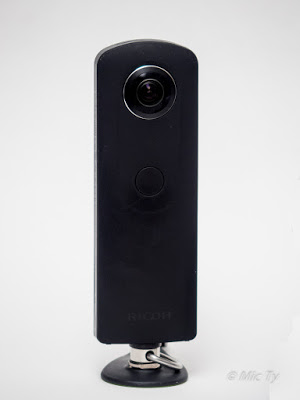 As for techniques, I post about ​them regularly, here on 360 Rumors, along with news and other information on 360 cameras.  You can follow 360 Rumors on Facebook, Twitter, RSS feed, or email (see the link to the right of the list of Popular Posts).  I’m also working on a succinct and user-friendly tutorial that I hope to finish ASAP!

Oculus Rift and Touch may work better in USB 2.0 for some PCs
Nikon issues firmware and app update for the Keymission 360
Comment