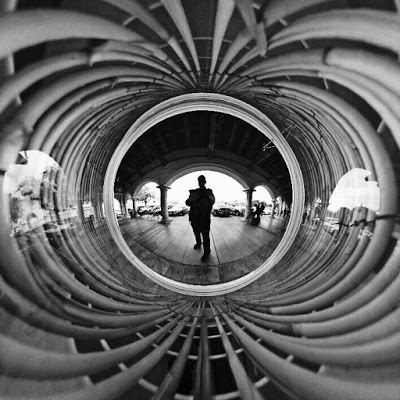 Happy Labor Day to everyone in the US.  I hope you’re having a great weekend.  The past couple of days have been slow, but there are a many important and exciting VR and 360 related announcements on the horizon.  Here’s what’s on my radar, in approximate order of imminence.

Google Daydream is Google’s premium mobile VR platform, somewhat like the Gear VR but with a motion controller.  For most people, it will likely their first ‘real enough’ VR experience (sorry, Google Cardboard doesn’t quite count IMO).  I don’t expect rapid adoption because most people will need to upgrade to a new phone to use Daydream.  However, eventually, Daydream-ready phones will be more common.  At that point, people will need to buy only a Daydream headset and controller to experience VR.

4. Next Ricoh Theta
Ricoh has released a new Theta model every year since 2013, starting with the 1st generation Theta, the m15, and the S.  This year, there are rumors of a 4k-capable Theta, which would be a dream come true for many Theta users (including me).
The original Theta was announced September 5, 2013.  The m15 was announced November 14, 2014.  The S was announced September 4, 2015.  It therefore seems that the next Ricoh Theta should be announced soon, perhaps this month.
EDIT: thanks to Andre Pariente for confirming that Ricoh will be at Photokina (September 20-25).  It’s likely that Ricoh will announce the new Theta there.

Update: the next Ricoh Theta wasn’t announced at Photokina.  The next possible announcement is PDN Photoplus, and if not then, possibly CES in January.

Update: here’s the Keymission 360, its specs, samples, and other info.

6. Vuze
Vuze is a 3D 360 degree camera with 4k resolution, and it is the camera I am most eagerly anticipating because it will be the first fully spherical 3D 360 camera for consumers.  Vuze is due for release in October.
7. Nico360
Nico360 is a fully spherical 360 camera with 24mp photo resolution and with 2k video resolution (4k to be added later).  It is due in October, although I honestly doubt they can make that deadline.

8.  Oculus Touch release, plus new games for the Rift.
Oculus Touch is a motion controller for the Oculus Rift.  Everyone is looking forward to it because motion controls will add a new level of interactivity for the Rift.  There are also supposedly more than 30 games launching with the Touch.  It’s almost like a re-launch of the Rift.

The release of the Touch could be as early as September, but that’s starting to look doubtful.   Instead, we’ll need to wait for Oculus Connect 3 (October 5 to 7) to see when the Touch will be released, and for how much.


9. LucidCam
LucidCam is the first hemispherical 3D camera for consumers.  It will compete with cameras such as the Insta360 Stereo, and indirectly with Vuze.  It is due for release in December.

10.  Qualcomm VR820 Headset
Qualcomm is working on a standalone mobile (untethered) VR headset called the VR820 with positional tracking.  The VR820 is expected to be available Q4 2016, with retail units available “shortly thereafter.”

12. Wireless HTC Vive.
HTC and Quark VR are releasing a peripheral that will allow the HTC Vive to be used wirelessly. There is no date set yet for the wireless Vive, except that the developers say they are ‘extremely close’ to a working version with acceptable lag.

As you can see, there are lots of important VR and 360 announcements within the next couple of months.