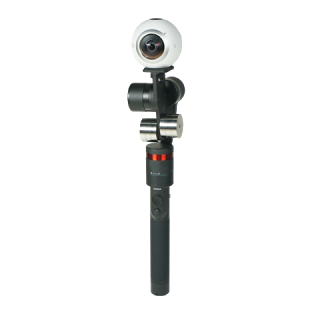 The Guru 360 camera stabilizer is a 3-axis gimbal specifically designed for 360 cameras.

Update: here is a hands-on demo
360 videos need to be as stable and level as possible to avoid nausea among viewers.  Although many 360 cameras have sensors that can be used to stabilize the video electronically, the stabilization is still generally imperfect.  Moreover, some 360 cameras don’t have stabilization or horizon correction.

There are stabilized 3-axis gimbals that do a very good job of stabilizing videos.  However, their motors tend to block a large part of the 360 camera’s view.  Here’s an example: 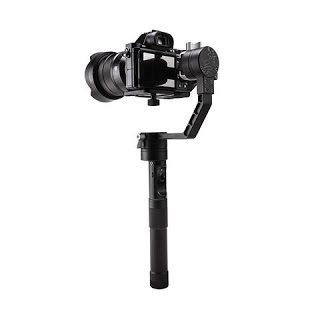 GimbalGuru has designed a gimbal specifically for 360 cameras called the Guru 360.  The Guru 360’s motors are primarily below the 360 camera, which minimizes the gimbal’s profile visible to the 360 camera. 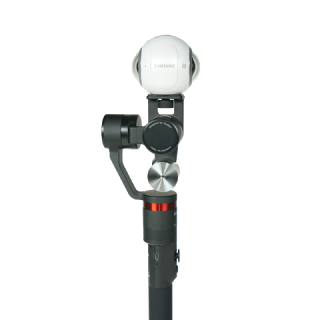 An interesting feature of the Guru 360 is that it is modular.  The gimbal head and handle can be interchanged with other gimbal heads and handles in the Moza system.  This enables you to switch to a smartphone or GoPro when paired with the corresponding gimbal head.

The Guru 360 will be $349, but is available for preorder for $299 (release in late February).  Meanwhile, Kodak has a similar gimbal although I speculate that it might cost a little more.  In any case, I’ve preordered the Guru 360 and will post a review when I get it.

Thank you very much to Bryan Meeks for bringing this to my attention!