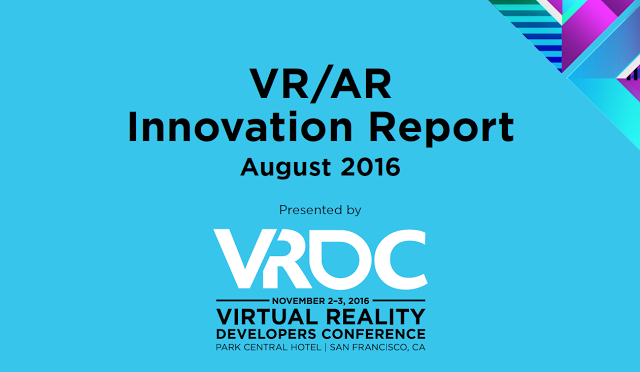 ​
The Virtual Reality Developers Conference (VRDC) released their VR/AR Innovation Report, which includes the results of their survey among more than 500 industry professionals.  Among other things, developers were surveyed about which VR platform they were developing for.

One of the complaints about VR is the lack of software, which in turn depends on developer support.  Therefore, knowing developers’ preferences as to VR platform can give a hint as to the amount of software we can expect to see for the platform.  Thus, the results of the survey are important even for consumers.
Here are some of the questions and the top responses:
1.  Which platform are they currently developing for?
48.6% – HTC Vive
43.2% – Oculus Rift
33.8% – Samsung Gear VR
29.2% – Google Cardboard
Playstation VR was much lower at 12.9%, even below Google Daydream (14.6%).  I believe this is because PSVR hasn’t been released yet.  I expect to see a higher percentage for PSVR in next year’s survey.
2.  Which platform are you developing your next title for?
34.6% – HTC Vive
23.4% – Oculus Rift
14.0% – Google Cardboard
10.3% – Samsung Gear VR
Whereas the result from the previous question was not too far apart, the responses to this question suggest that developers are turning their attention to developing for the HTC Vive.  One caveat is that according to VRDC, many respondents left this answer blank, which may mean that they are undecided.
3. When asked if their next title would be exclusive to a single VR/AR platform, 78.1% of respondents said, “No.”
4. When asked if they believed VR/AR is a long-term sustainable market, a near-unanimous 95.5% of respondents replied, “Yes.”
5. With respect to hurdles to mass market adoption, respondents cited the cost of a VR system and nausea as the biggest hurdles.  Another response was lack of killer apps.
Here is the official announcement.
What do you think of the survey results?