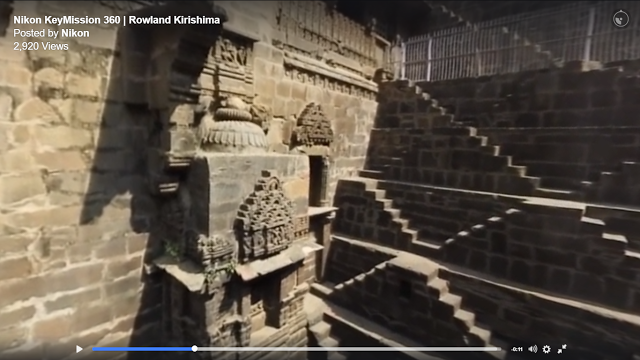 Nikon posted some new sample videos from the Nikon Keymission 360, including an aerial 360 video.
The Nikon Keymission 360 is a fully spherical 360 action camera and has been highly anticipated by photographers and videographers ever since it was announced in January 2016.  Originally scheduled for release in Spring 2016, it was delayed to October due to software issues.  As the release date approaches, Nikon has been showing some sample videos showing much-improved, and possibly even class-leading stitching.

One of the recently posted videos is of penguins on the Falkland Islands, captured by Neil Ever Osborne.  Here’s the video:

Another video shows a technician on his way up a wind turbine.

A third video shows a 1,000-yr old well in Rajasthan in India, captured by Rowland Kirishima with a drone.

The videos look pretty good in my opinion.  I’m very much looking forward to the release of the Keymission 360.

Thanks to Marcello Geerts for bringing this to my attention!