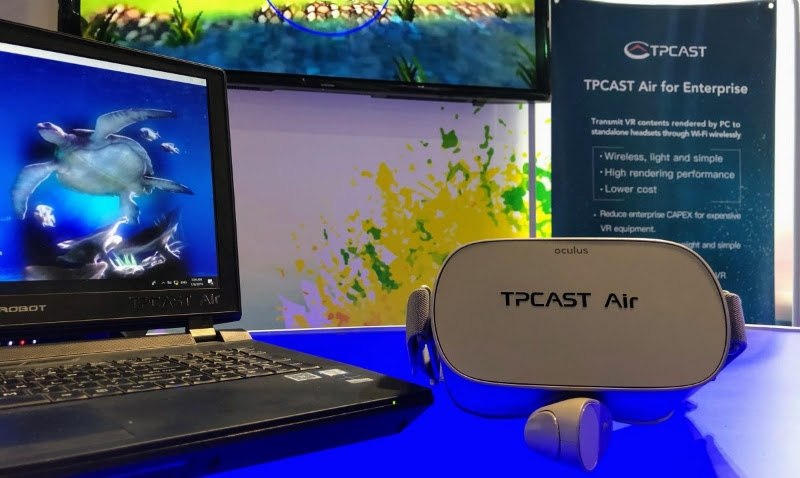 TPCast Air for Enterprise enables wireless streaming from desktops to multiple standalone headsets such as the Oculus Go (reviewed here).  With TPCast Air, you’ll be able to present 360 photos and videos to multiple users simultaneously.  Moreover, because they will experience the video simultaneously, they’ll be able to discuss the photo or video with each other in real time.

YouTube is giving away VR180 cameras – which one and how do you get one?
HTC Vive Cosmos wireless 6DOF VR headset analysis and predictions
Comment