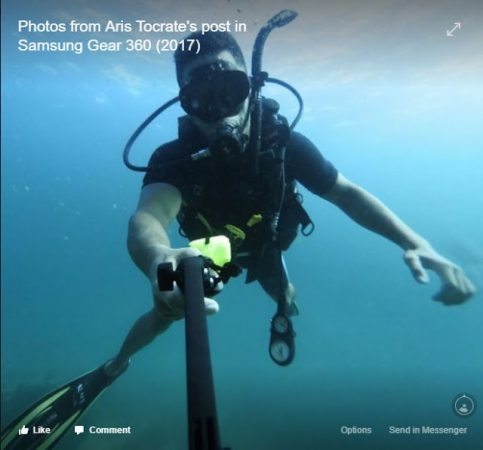 A photographer claims that he dove with his 2017 Samsung Gear 360 12 meters underwater without any kind of underwater case and was able to take photos….

The shooter uses the pseudonym Aris Tocrate.  According to him, not only did the camera survive, but the photos look excellent, with seamless stitching notwithstanding the refraction of the water. 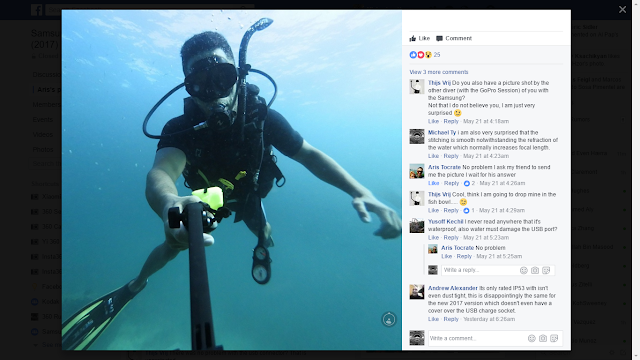 Here’s a crop showing the seamless stitching, notwithstanding the water’s refraction. 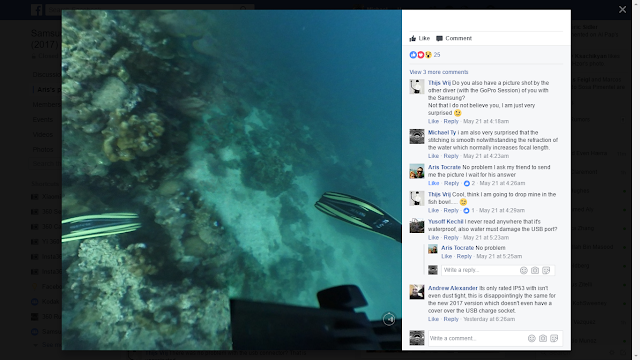 He posted two samples.  Here’s a screenshot from his other post on the Samsung Gear 360 2017 group. 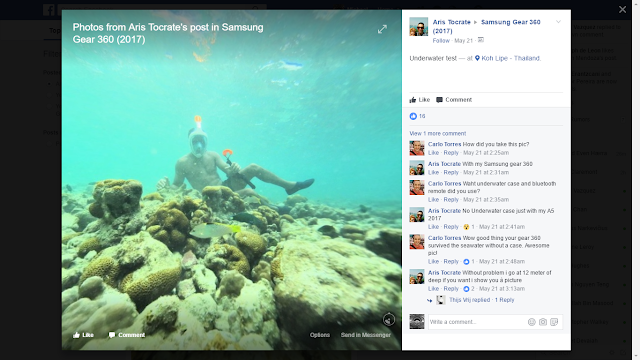 I discussed it with one of my friends and my friend found another post by the same user, showing the exact same photo, but he posted it to the Nikon Keymission 360 Facebook group, also claiming he took the shot without a case: 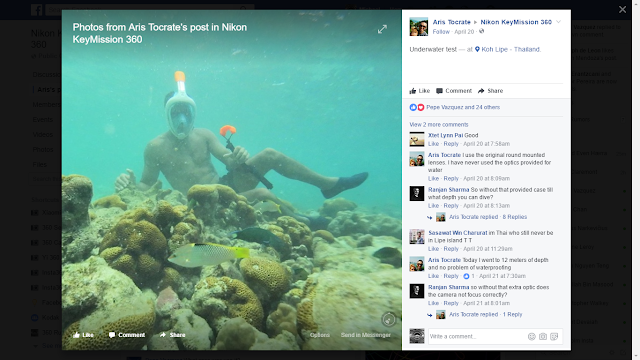 It therefore appears that this is just a prank (1 month and 22 days late I would say).  The truth is that the 2017 Samsung Gear 360 (available here) is water-resistant but NOT waterproof.  If you want to use it underwater, you can use a water-resistant Ricoh Theta TH-1 or TH-2 case at shallow depths (at your risk) or a Stalion smartphone waterproof pouch. 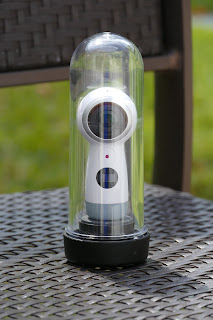 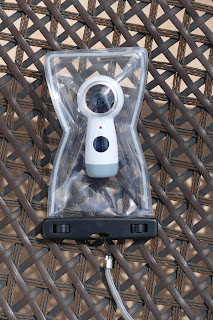 You can see a sample video from the Ricoh case here.
Here is a video with the smartphone pouch: