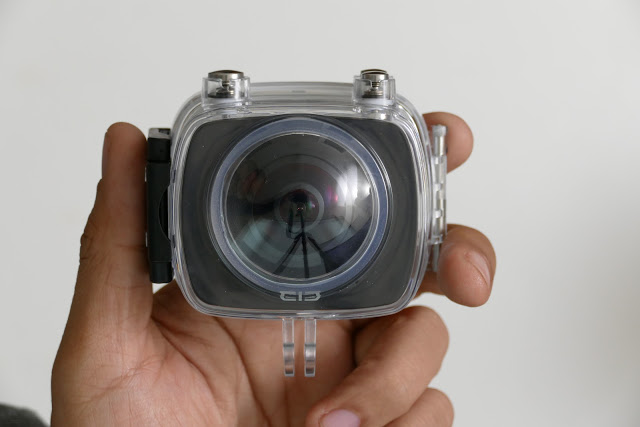 The MGCool Cam 360 (formerly called Elecam 360) is one of the most affordable fully spherical 360 cameras.  It is also one of the few 360 cameras with a dedicated underwater housing that enables full operation underwater.  Here is an unboxing video and here are my first impressions, plus how to trigger the MGCool Elecam 360 remotely!

What I think is interesting about the MGCool is that it has a dedicated underwater housing.   Other consumer 360 cameras either don’t have a dedicated housing, or they have a housing but you can’t control the camera (note that water will drastically reduce your Wi-Fi range).   The MGCool enables the user to retain full control over the camera.

Here is the unboxing video:

I haven’t shot with the MGCool 360 yet except for some test shots to familiarize myself with the controls. The camera is quite simple to operate.  There’s a bright LCD display that is very easy to read.  There’s a power button, a Wi-Fi button, and a shutter button.  The power button also operates as a toggle between videos and photos.

Connecting the camera to a smartphone is pretty easy as well.  Please note that the app you should download is the SYVR360 app, not the Elecam 360 app.  The MGCool will work with both apps but the SYVR360 app can export a stitched equirectangular photo or video.
1.  When you’ve downloaded the SYVR360 app, you press the camera’s Wi-Fi button, which will display the password.
2.  Connect your phone to the camera’s Wi-Fi signal (the same way you would with any Wi-Fi network) and enter the password.  (After your password is saved, you can skip this step in the future and just launch the app, which can find and connect to the camera’s Wi-Fi signal.)
3. Once the phone is connected, you can launch the app.  On the app, tap on the camera icon on the upper right.  This will establish a connection to the camera.
That’s it — you’re ready to shoot, review photos or videos, or share them.  When shooting, you do have a live preview.

I’ve only taken test shots, but my initial impression is that the image quality is better than I expected for an entry-level camera.  I will post photos and videos as soon as possible.  But in the meantime you can check out this sample video from my friend and tech vlogger Pepe Vazquez, who has been using the Elecam 360 for a while now:


One thing that I wish the MGCool had is a self-timer.  There is no option for a self-timer on the app or on the camera.  However, Pepe taught me that it is possible to get a dedicated remote to trigger the MGCool wirelessly.  This remote is made for Amkov but it works with the MGCool as well: 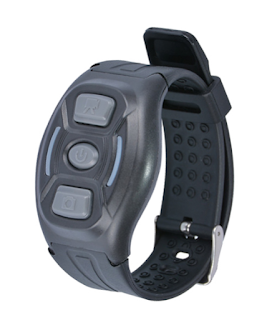 The MGCool 360 / Elecam 360 is available on Amazon, Gearbest, and eBay.  Please note that not all vendors include the waterproof housing or mounting accessories.

Thank you to MGCool for providing the camera for review, and thank you very much to Pepe Vazquez for the information on the Elecam 360, including the info about the Elecam 360 remote!  If you want to see other sample videos, pls. check out Pepe’s YouTube channel.