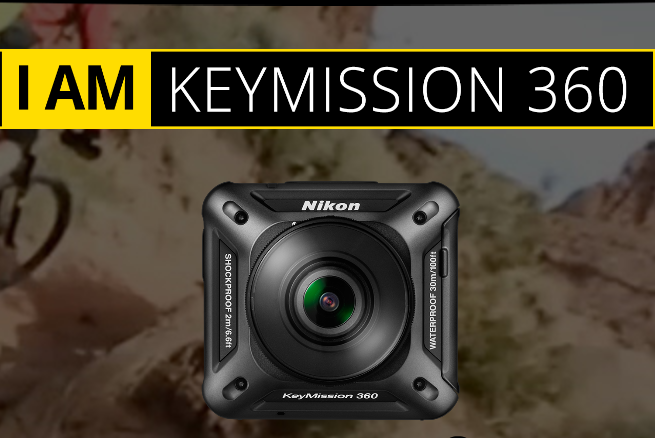 ​
Ever since the Nikon KeyMission 360 was announced in January, everyone has been waiting with baited breath for news about it.  But there is precious little information about it, even 3 months later, despite the announced Spring 2016 release date.  But here’s some additional information, including the release date, and new sample videos! 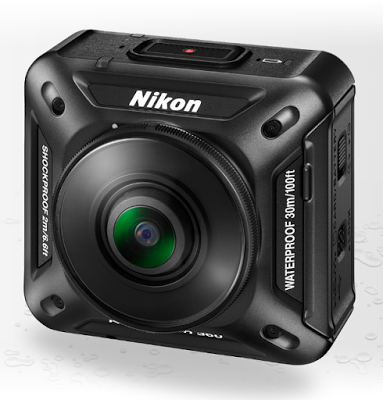 ​This is a very useful feature, because many 360 cameras either have an internal battery and/or an internal memory card (e.g. the Ricoh Theta).  If you run out of charge or memory space in the field, you’re SOL.
2. Price
As reported in DPReview, a German retailer posted a price of EUR 499.  In fact the same retailer is now posting a price of EUR 999.  However, their page lists specs that include “Li-On battery (permanently installed),” which we know based on the image above is false.  The page also says that one of the functions is autofocus.  That is almost certainly false because all 360 cameras thus far have had panfocal lenses.  Based on the drastic change in the posted price, and the errors in posted specifications, the price from that retailer therefore appears to be purely speculative. 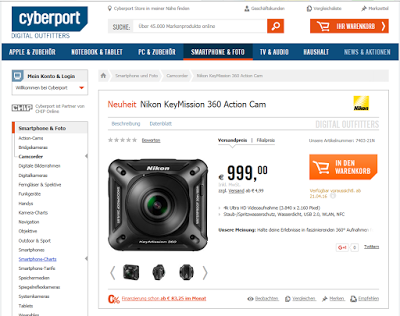 ​
3.  Release date
Nikon said that they planned to release the KeyMission 360 in Spring of 2016.  However, it appears that it will be closer to the end of Spring, if ever.  In a response to an inquiry via Twitter from photographer Brent Crysell (@BrentCrysell), Nikon Australia said that the expected release date as of now is “late June.” 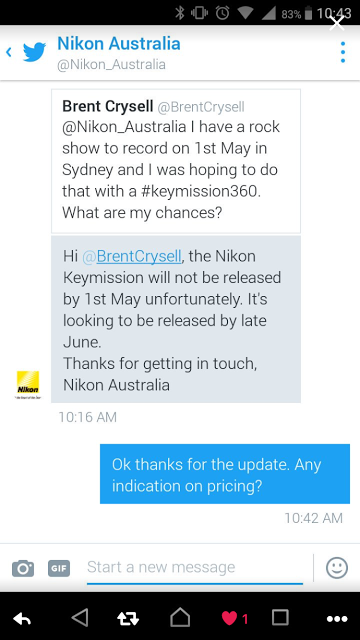 UPDATE: Nikon announced that the Keymission would be delayed to October 2016 due to software issues.

5.  Alternatives to the Keymission

When the Keymission was announced, there were few alternatives to the Keymission.  There was the Ricoh Theta, which has good 360 photos but mediocre video quality, and a few other 360 cameras.  Since then, reasonable alternatives have entered the market.

The Kodak SP360 4k is waterproof and has 4k video capability.  It does require two units to be fully spherical, but at least it’s currently available ($899 for the dual pro pack, $499 for a single unit).

Samsung has announced the Gear 360, which has 4k video resolution, and is partly waterproof and dustproof.  It appears to be due at the end of April or early May and will be available for around $350.

LG announced the 360 Cam, which has 2k video resolution and is not waterproof or dustproof but is affordably priced at $200.

There are also 360 cameras from new companies such as Insta360, which has the 4k camera currently available at $599, and the compact Nano (3k video resolution) at under $200.  Vuze, another new company, will have a 3D 360 camera that has a waterproof housing, and they have posted an underwater video sample.

From atop a wind turbine:

Feeding giraffe in the wild:

7.  The Keymission 360 will be featured at Photokina and at PDN PhotoPlus.  In both cases, it will be presented by Ami Vitale, who captured the giraffe and elephant videos above.  This seems to suggest the Keymission 360 won’t be released before October 19 (PDN Photoplus).  However, we may find out the pricing and availability as early as September during Photokina.