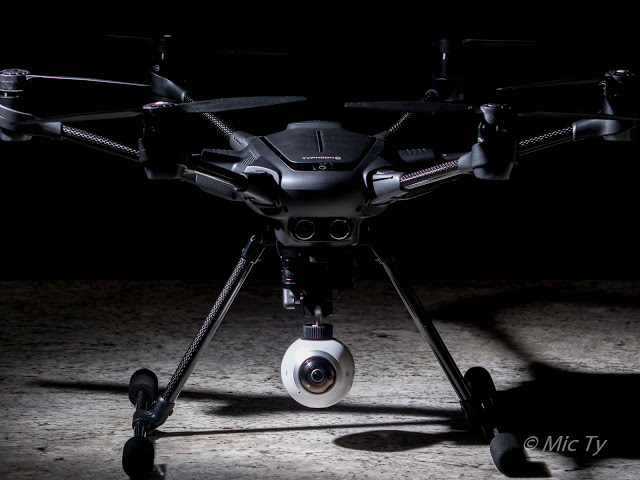 Attaching your own camera to a drone can be harder than it looks, but with Yuneec drones’ modular design, it is fairly easy compared to other drones.  Here’s how to do it!

BACKGROUND
My first two drones were DJI Phantoms (a Phantom 2 and a Phantom 3 Standard).  However, when it came time to upgrade, I decided to get the Yuneec Typhoon H, which I learned about from panoramic photographer Mark Banas of DPReview.

The Typhoon H has several very useful features:
– hexacopter is more quiet and can carry heavier load; is more stable in wind
– even if one propeller fails (e.g. bird strike), it can still fly/land
– retractable landing gear

– gimbal has unlimited 360 rotation (can keep rotating any number of times)
– team mode capable (1 person flies, the other person controls the camera)
– controller has integrated Android tablet
– follow me (from behind) AND watch me (from front)
– Point of interest AND orbit me (it will continuously fly an orbit around you as you move)
– unlike DJI, won’t accidentally turn off the engine using a combination stick command (CSC)
– snap on propellers means no accidental spin-off
– folding rotor arms for compact storage
– ultrasonic collision avoidance
– optional Intel Realsense module can go AROUND obstacles not just avoid crashing.
– responsive customer service.

The Typhoon H is very well suited for use with a 360-degree camera or even a small rig such as the Brahma.  As a hexacopter, it can carrier a heavier load than similar quadcopters.  Its removable gimbal and camera means you can free up additional payload capacity.  Finally, its retractable landing gear can move out of the way so that your 360 camera can have an unobstructed view.  Moreover, Yuneec has a camera mount with dampeners that can also be used for 360-degree cameras. 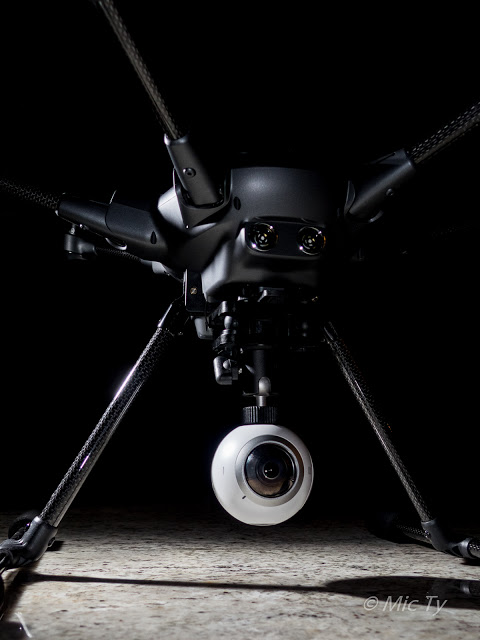 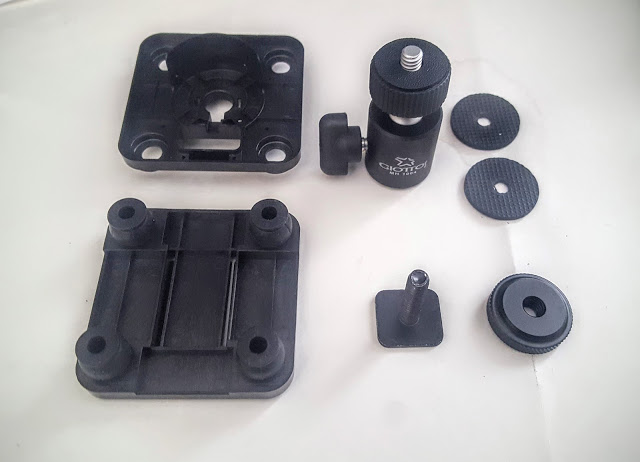 OR: if you already have a mini ballhead (with less than 1 inch in diameter), you can just get:

4.  Rubber washers with up to 1.25 inch outer diameter, such as these:

UPDATE: I ordered the UCEC ballhead and I found that the hotshoe adapter it comes with is only about half an inch, which too short, unless you want to have no checknut, and no rubber washers, which could risk having the ballhead come lose. 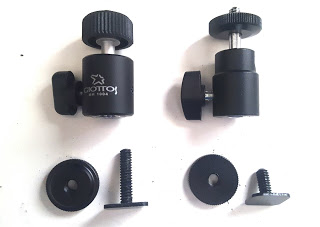 Putting together the camera mount is easy and you don’t even need tools for it.  There are just a couple of plastic tabs I had to break off (see below): 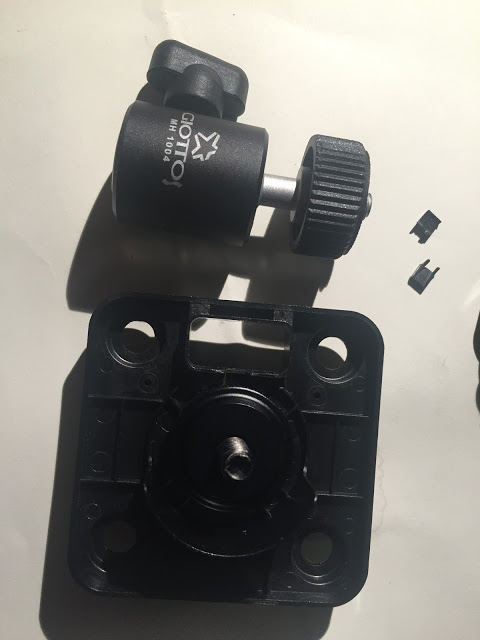 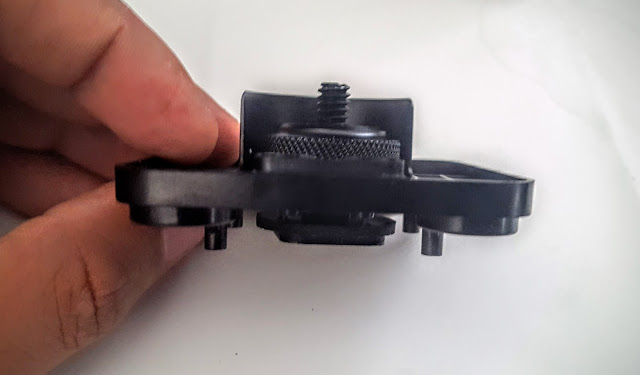 When assembling the camera mount, make sure the hole in the bottom faces the rear, on the same side as the arrow on the top cover. 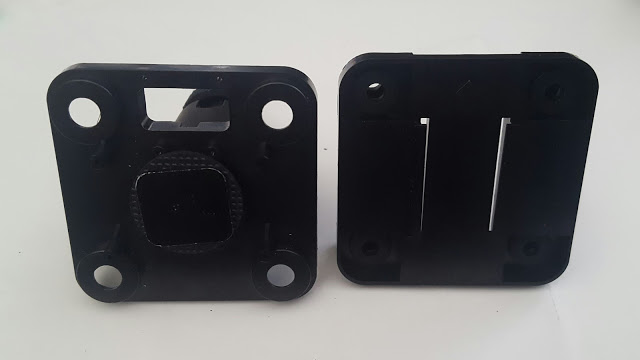 The assembled mount is ready for use with almost any small camera (360-degree or otherwise) with a 1/4-20 tripod attachment. 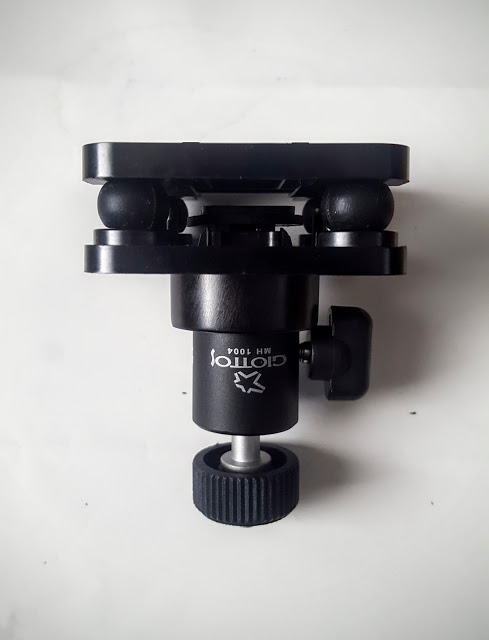 The camera mount slides into the Yuneec Typhoon H or Typhoon Q500, with a clip that secures it. 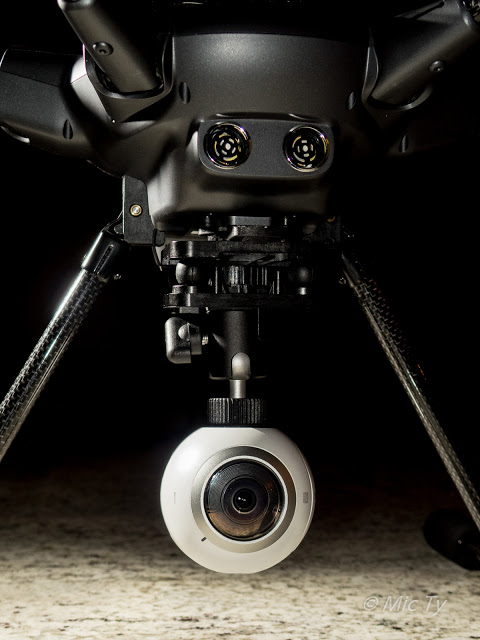 So perhaps you’re wondering why I don’t have test videos or photos.  Well, there are overlapping no-fly areas, including my own backyard, and the Yuneec automatically detects this and prevents me from even starting the motor.  So, perhaps next time… 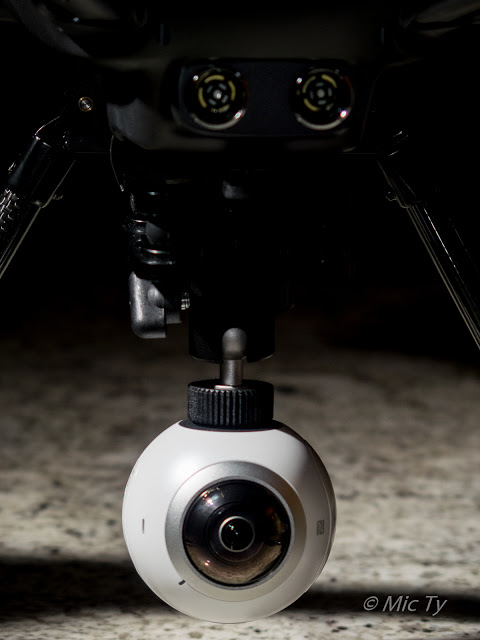