Although there are now many apps that allow users to share 360 photos and videos, such as Facebook and Youtube, there are still platforms that don’t support 360, such as Instagram.  Fortunately, you can still share a 360 photo or video in a way that conveys to your audience that the image is 360 degrees.  One way to do that is by creating a short clip of your 360 photo or video, like the one above. 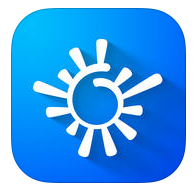 There are several apps for making such a clip.  The one I used here is Rollworld for iOS.  To use Rollworld, all you have to do is load a 360 photo or video, then choose a preset animation such as “spin” which I used in the clip above.

It is also possible to do a custom animation.  First, I set the starting point of the video clip, use the sliders to change the point of view, then Rollworld will create a clip from the start point to the chosen end point.

The process for 360 videos is the same.