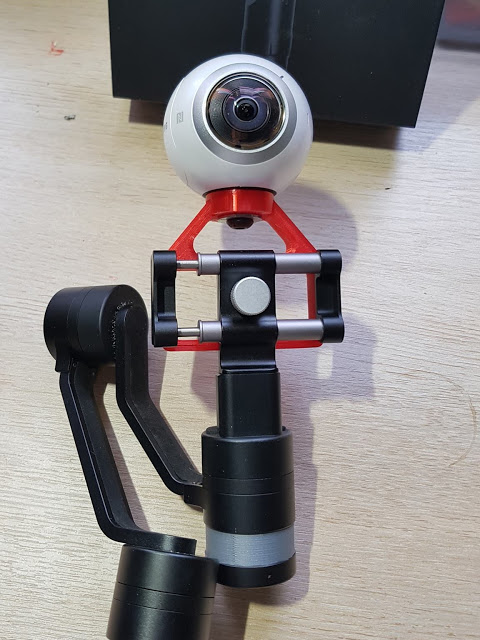 Here is an accessory that will enable you to use a stabilized 3-axis gimbal with your Samsung Gear 360 or other lightweight 360 camera.

INTRODUCTION
360 videos need to be as stable as possible to avoid inducing nausea for viewers.  While some 360 cameras have acclerometers and gyroscopes that can help the camera level the horizon, in actual practice they can’t stabilize a video completely.

There are handheld gimbals for GoPros and smartphones, but they generally can’t be used for a 360 camera because the gimbal will block one side of the 360 camera: 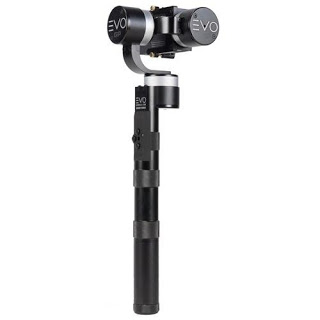 Kodak Pixpro is planning to release a stabilized gimbal for the Orbit360 but I don’t know yet when it will be released, or how much it will be.  Strangely, they showed it only to a few people at CES, and I saw it only briefly.

In the meantime, DanyDanFree has created an adapter that allows a lightweight 360 camera such as the Samsung Gear 360 to be used with a 3-axis gimbal called the Zhiyun Smooth II: 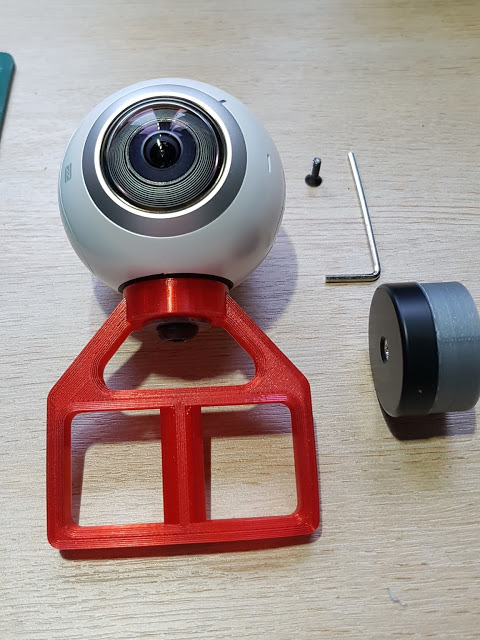 The Zhiyun Smooth II is unique in having a selfie mode which allows the gimbal to hold a smartphone vertically.  With this capability, you can use the adapter to attach the Gear 360 (or other lightweight 360 camera) to a Smooth II with the center of gravity at its lowest point for maximum stability. 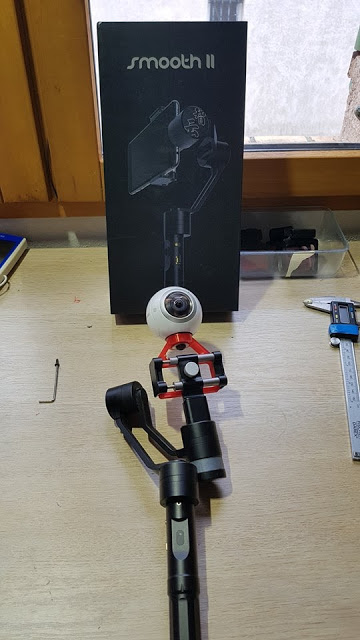 Here is a video showing how the adapter allows a 360 camera such as the Gear 360 to be used with the Zhiyun Smooth II:


Here is a 360 video test showing the stability of the video when the Gear 360 is used with a Zhiyun Smooth 2.

Thank you very much to Martin Smith for bringing this to my attention!