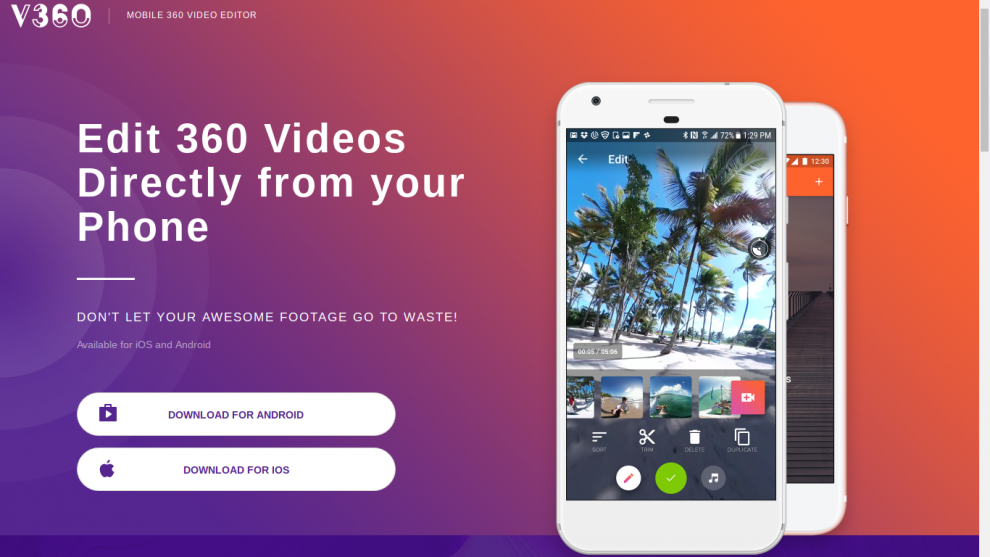 V360, which was the first 360 video editing app for smartphones, has updated its Android version to add new features:
– specifying the heading of the video (what the viewer first sees)
– titles
– transitions
– adding credits for your video.


V360 is the first smartphone-based video editor to have titles, transitions, and credits.

In a few weeks, these features will also be added to the iOS version that launched yesterday. V360 is a free to download for Android and for iOS and can be used to trim and combine 360 videos and add background music.