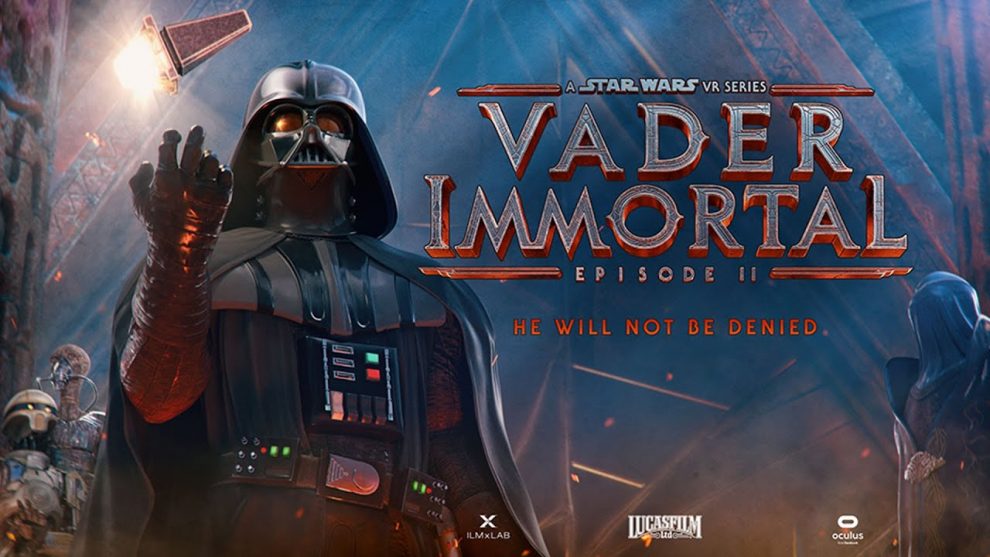 Every Star Wars fan can now fulfill their fantasy of using the Force in Vader Immortal Episode 2, now available for Oculus Quest and Rift.  Here’s the trailer:

Vader Immortal Episode 1 was one of my favorite games for Oculus Quest not only because I’m a Star Wars fan, but also because of its amazing graphics, which are even more impressive when you consider the limited hardware (the Quest runs on the same Snapdragon 835 mobile chipset used in smartphones from 2 years ago, such as the Samsung Galaxy S8).

Vader Immortal is not an arcade game, but more of an interactive story where you encounter the Sith Lord, who is trying to obtain a weapon that will enable him to control the galaxy.  In Episode 1, you attempt to escape from Vader’s fortress.  In Episode 2, you become his apprentice and learn to master the Force.

As with Episode 1, Episode 2 has a minigame.  This time, instead of just using a lightsaber, you use both the Force and your lightsaber.

Episode 2 is $9.99 on the Oculus Store and is available for Oculus Rift and Oculus Quest with cross-buy (purchasing either version will allow you to download the other version available as well).