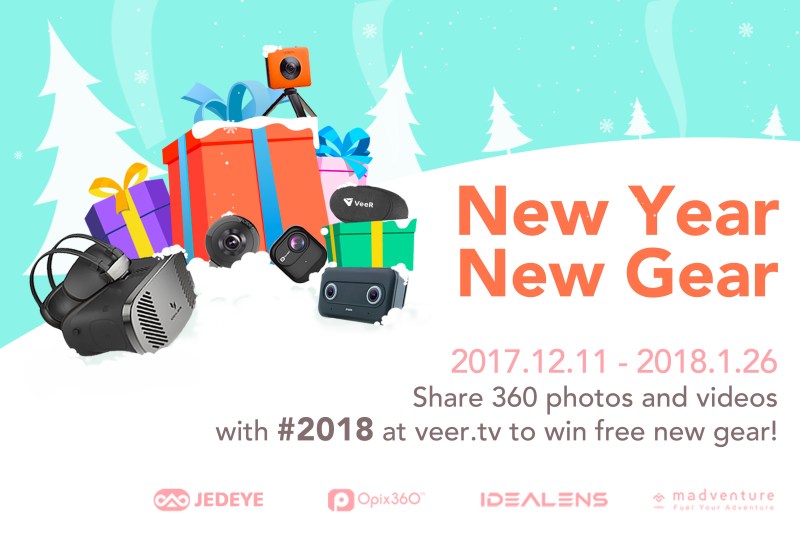 Veer is giving away tons of gear for Christmas and New Year! You can win the Madventure 360 camera, smartphone 360 camera, 3D camera, VR headsets and more!  Here are the prizes and how to participate.

Veer is a social media platform for sharing 360 videos (2D and 3D) and 360 photos. They have a promo going on where you can win one of many prizes. Here are the prizes that Veer is giving away:
5 Idealens standalone VR headsets
15 VR cameras from Madv, Fengyun, and Opix360
100+ VR headsets (3 headsets per week)

The Idealens headsets are standalone VR headsets (you don’t need a computer or smartphone to view 360 videos and photos).

The Veer VR headsets are similar to Google Daydream headsets, with fabric liners for comfort:

To win, all you have to do is post a 360 photo or 360 video to Veer with the hashtag #2018. Winners will be chosen in various categories, including landscape, sports, vlog, and art. In addition, they are giving away one Veer VR Headset on each social media channel 3 times a week to “the most interesting interaction!”

Free tickets to NAB Show 2018; why you should go
Insta360 ONE for Android unboxing video
Comment