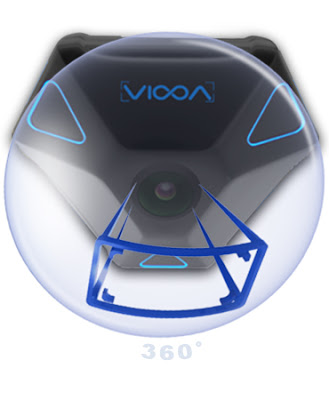 Drones with cameras typically use gimbals for stabilization.  Gimbals work well but controlling a gimbal while maneuvering the drone can be difficult and may require having to program a flight path, or assistance from a second operator.

Viooa has two hemispherical 360 cameras for drones that make gimbals unnecessary by using an inertial measurement unit (IMU) to stabilize the video.  The cameras feature a low-profile aerodynamic design.

The Viooa (shown above) has one hemispherical 360 lens.  The Viooa Sense is similar to the Viooa and has a hemispherical camera as well but adds four cameras and a processor to identify obstacles, similar to Intel’s Realsense camera. 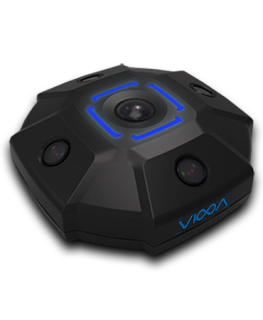 Here is a video of the Viooa cameras in action.


The camera takes video at 4k resolution and takes 32mp still photos.  There’s not a lot of info about the mounting options, but it appears that they are usable with many drones, not just the 3DR Solo featured in the video.  I will try to visit their booth at CES 2017!

Thanks to Wiebe de Jager for bringing this to my attention!