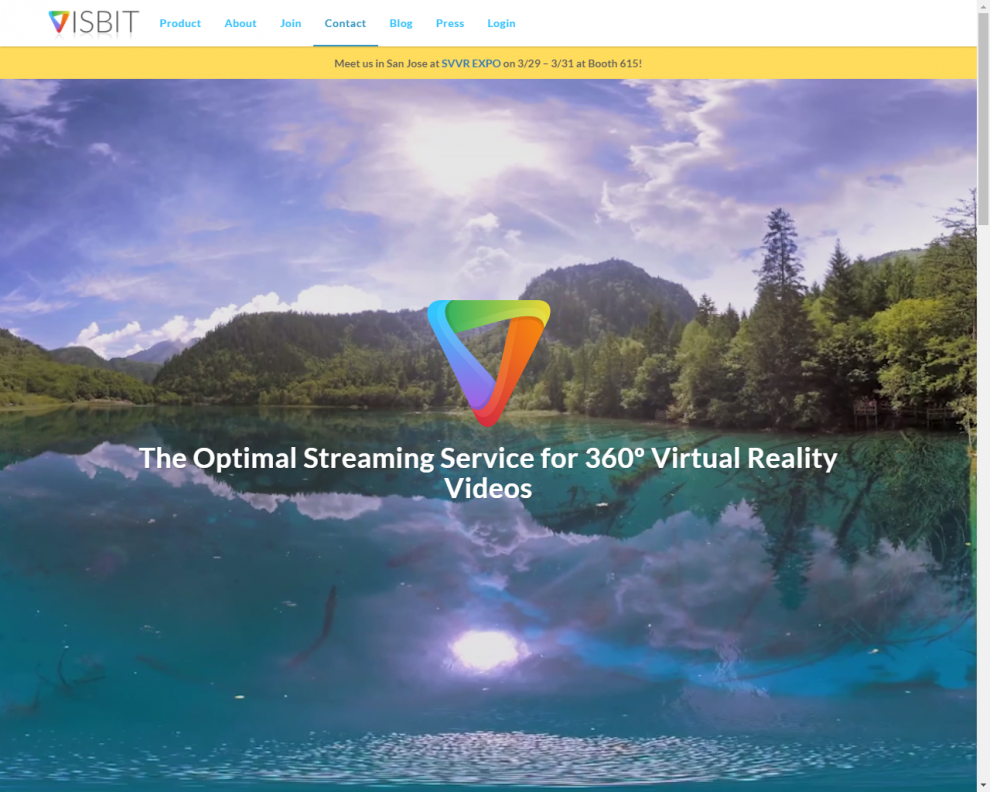 360 video cloud streaming service Visbit was able to stream 360 video in 12k resolution – wirelessly –  for exceptional detail.
When viewing 360 videos, we only see a small crop of the entire frame of the video at any given time.  This means that the resolution will appear much lower than a non-360 video of the same nominal resolution.  To see a video with the same detail that we see with 20/20 vision, the video would have to be in 16k, which would have 60 pixels per degree of rotation. 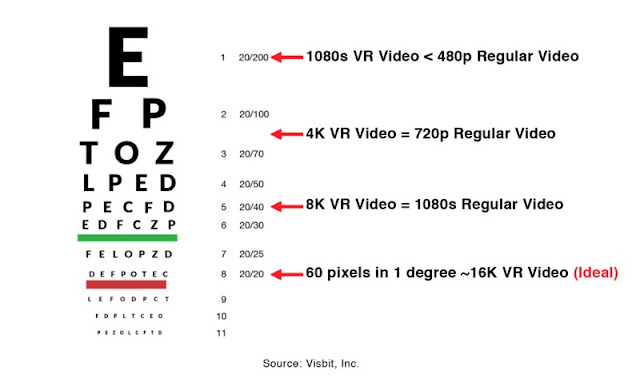 There are currently very few 360 cameras that are capable of such resolution (Voke VR is an example).   Visbit is a cloud streaming service for 360 video that has been able to demonstrate 12k 360 video, which begins to approach the 16k ideal resolution.  Moreover, they were able to stream the video.

Ordinarily, streaming 12k video would require very high bandwidth that is not readily available.  Visbit was able to stream the 12k video with their Visbit View-Optimized Streaming (VVOS) which uses foveated streaming, i.e., only the visible portion is streamed at high resolution.  With VVOS, Visbit was able to stream 12k wirelessly, at currently available bandwidths.  Here is a video that talks about VVOS:

Here is the demo video showing VVOS in use with a Samsung S7 and a Samsung Gear VR headset:


If you would like to find out more, check out this article by Visbit.