The past couple of days, US stock markets have been hammered because of a jobs report that suggested the Feds may have to raise interest rates faster.  If you’re wondering which stocks are related to the 360 camera and/or VR industry, here are several. Please note: for many of these companies, 360 and/or VR is just a small fraction of their business, so their stock price will not necessarily correlate with their 360 or VR product or service.  Please note also that this is not an endorsement to invest in any of these companies.  Please conduct your due diligence before investing.

Ricoh Co Ltd (RICOY) – Makers of Ricoh Theta, the most popular 360 camera on the market.
Samsung Electronic (SSNLF) – Samsung Gear 360 cameras, Samsung Gear VR, Samsung phones, Micro SD cards. Samsung Group is a private conglomerate but Samsung Electronics is publicly traded. Samsung is one of the major players for 360 and VR. Its 2016 and 2017 Gear 360 cameras are among the most popular 360 cameras (partly because they’ve been marked down). Samsung also makes the popular Samsung Gear VR headset.  Samsung’s powerful phones are used for VR headsets and for viewing and exporting high-resolution 360 videos and photos. Samsung also makes Micro SD cards used by 360 cameras and SSD drives used by some professional 360 cameras.
GoPro Inc. (GPRO) – GoPro Hero cameras are the cameras most often used in 360 camera rigs.  In November 2017, GoPro also released the Fusion, a high-end 5.2K 360 camera that has been praised by many reviewers.
Sony (SNE) – Sony sensors are used in most high end 360 cameras.

NVidia Corporation (NVDA) – As of Q3 2017, NVidia’s market share for graphics cards is 70%.  High resolution 360 videos and VR headsets require high-end graphics cards.
Advanced Micro Devices (AMD) – AMD manufactures CPUs and graphics cards.  AMD CPUs are known for offering better value than their Intel counterparts.  For graphics cards, AMD owns about 30% of the market, and its graphics cards tend to be a little more affordable than equivalent NVidia cards.
Intel (INTC) – High resolution 360 videos can be stitched more quickly with more powerful CPUs, which leads some 360 shooters to upgrade their CPUs.
Qualcomm (QCOM) – Qualcomm’s Snapdragon chips are used in high-end smartphones that are needed for mobile VR headsets, and for stitching high-resolution 360 videos.  Qualcomm chips are also used in some standalone VR headsets, such as the Lenovo Mirage.
Apple (AAPL) – Some 360 shooters use iPhones with their 360 cameras, some of which work only with iPhones (not Android).   Apple is getting ready to roll out an update to iOS that will add augmented reality capabilities.  High resolution 360 videos may require upgrades to Macbooks and Macs.  Apple also produces Final Cut Pro video editing software, which has 360 video editing capabilities.

Alphabet Inc (GOOGL) –  Google is another major player in the VR and 360 industry.  YouTube is probably the most popular platform for sharing 360 videos.  Google also launched the new Google VR180 format, which is exclusive to YouTube.  Street View is used by 360 photographers for sharing 360 photos of businesses and other locations.  Google Photos is a cloud-based storage for photos and videos, and has built-in support for 360 photos and videos.  Google’s Cardboard VR headsets are ubiquitous.  Google also has a Daydream mobile VR headset that competes with Samsung Gear VR.
Facebook (FB) – Facebook is one of the most popular ways to share 360 photos and videos.  Facebook also owns Oculus, which makes the Rift desktop VR headset.  Facebook is going to launch two other headsets: Oculus GO mobile VR headset and the standalone VR headset codenamed Santa Fe.

Adobe Systems Inc (ADBE) – Adobe’s Creative Cloud software suite including Premiere Pro and After Effects are arguably among the most powerful and popular software for 360 video editing, certainly at the professional and prosumer levels.
Apple (AAPL) – see above under Hardware. 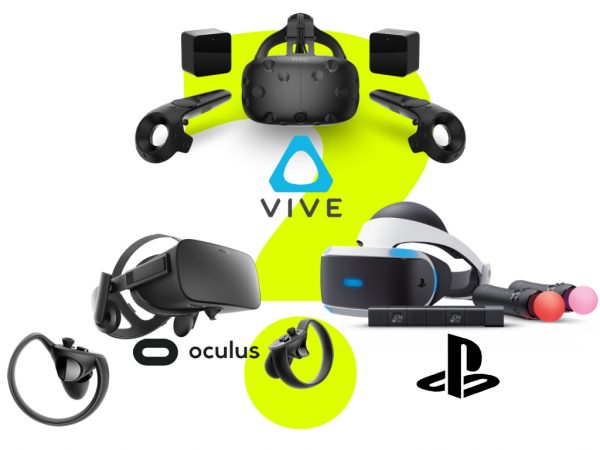 How to shoot aerial 360 videos with invisible drone and just one 360 camera
Sir Elton John in Google VR180; which camera did they use?
Comment