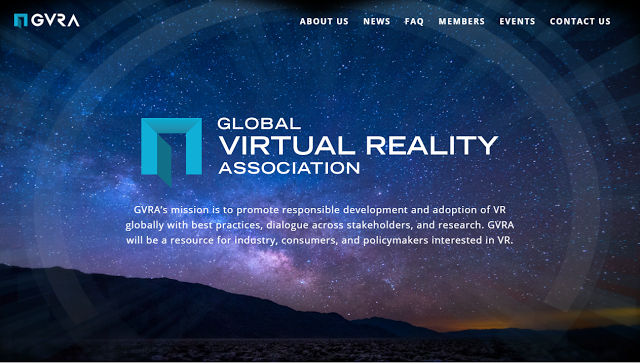 Hardware titans of the VR industry came together to form the Global Virtual Reality Association, but a major player was left out.

The GVRA’s members are manufacturers of VR headsets.  Here they are in alphabetical order:
– Acer Starbreeze: a joint venture between Acer and Starbreeze AB to create Star VR, a headset for commercial use, with an all-encompassing 210-degree field of view.
– Google VR: Google created Cardboard, which was instrumental to the rise of VR’s popularity, and Daydream, its mobile VR platform.  Google also created Project Tango, a mobile augmented reality system. Google also owns YouTube, which is the most popular platform for sharing 360 videos, and Streetview, one of the most popular platforms for sharing 360 photos.  Google’s Jump camera rig is also one of the leading cameras for recording broadcast-quality 3D 360 video.
– HTC: manufacturer of the Vive, the only consumer VR headset designed from the ground up for roomscale VR.
– Oculus (owned by Facebook): creator of the Oculus Rift, the first VR headset for consumers with positional tracking, and a partner of Samsung with the Samsung Gear VR.  Oculus is also owned by Facebook, which is one of the most popular platforms for 360 photos and videos.  (Facebook has also released its own 360 camera, the Surround.)
– Samsung: creator of the Gear VR, the first and still most popular premium mobile VR platform for consumers. (Samsung also created the Samsung Gear 360, the most affordable 4k 360 camera.)
– Sony Interactive Entertainment: creator of the Playstation VR, the most popular desktop VR headset for consumers.

The members are all hardware manufacturers, so I’m not surprised to see the omission of VR software companies such as Valve.  However, a notable omission from GVRA is Microsoft.
Microsoft created the Hololens augmented reality headset, and the Windows Holographic VR headset.  Microsoft’s Photosynth software can also be used for photogrammetry.
One reason that Microsoft could have been omitted is because Hololens is for AR not VR (in that regard, Magic Leap is also not included in GVRA), and possibly because Windows Holographic has not yet been produced.  However, Star VR has also just barely begun its rollout to IMAX theaters.  Microsoft might be added to GVRA in the future, or there could be other factors we’re not aware of for its omission.

TECHNIQUE: Buying a used camera? You absolutely need to use this to check a lens.
TECHNIQUE: Free classes on 360 filmmaking and livestreaming by Nokia and UploadVR
Comment