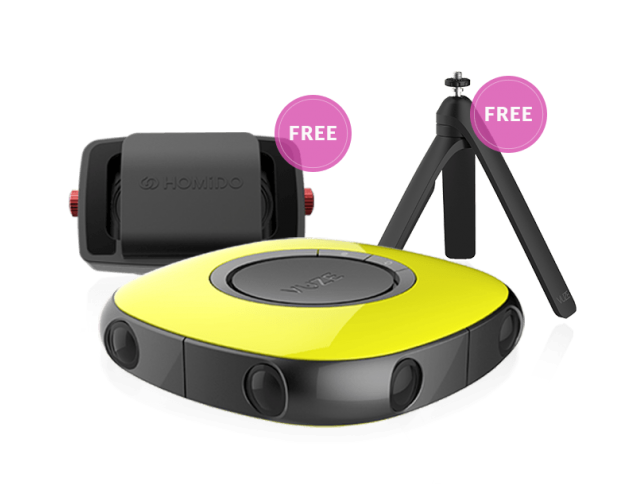 Vuze Camera is the first affordable 3D 360 camera with 4k resolution.  It was originally scheduled for release in October, but that has been pushed back to the end of the year.  But there’s a silver lining.
2016 has brought us many new and exciting 360 cameras, most recently the Nikon Keymission 360. But the year isn’t over yet, and this last one may be the best.  The Vuze Camera is the first 3D 360 camera that is actually affordable to consumers.  “Affordable” electronics are sometimes not very good, but the Vuze has 4k resolution and its samples have been very good.
Vuze was originally to be released in October but that’s been pushed back to the end of this year for additional testing.  A Vuze representative said they’re currently testing production models to make sure it’s perfect before it’s mass produced.
I’m not thrilled by the delay, but I’m glad they’re taking the time to make sure the Vuze is as good as it can be.  The Keymission 360, for example, seems to have been rushed, and while the hardware is excellent, the firmware and software have many issues.  I would prefer that the Vuze engineers test the Vuze thoroughly than to have it released to the public with bugs and all.
Vuze will be issuing an update soon to discuss the release date and some good news.  Follow them on Twitter and Facebook to stay updated!

ORBI Prime: sunglasses that can record 360 video
Playstation VR back in stock at Amazon!
Comment