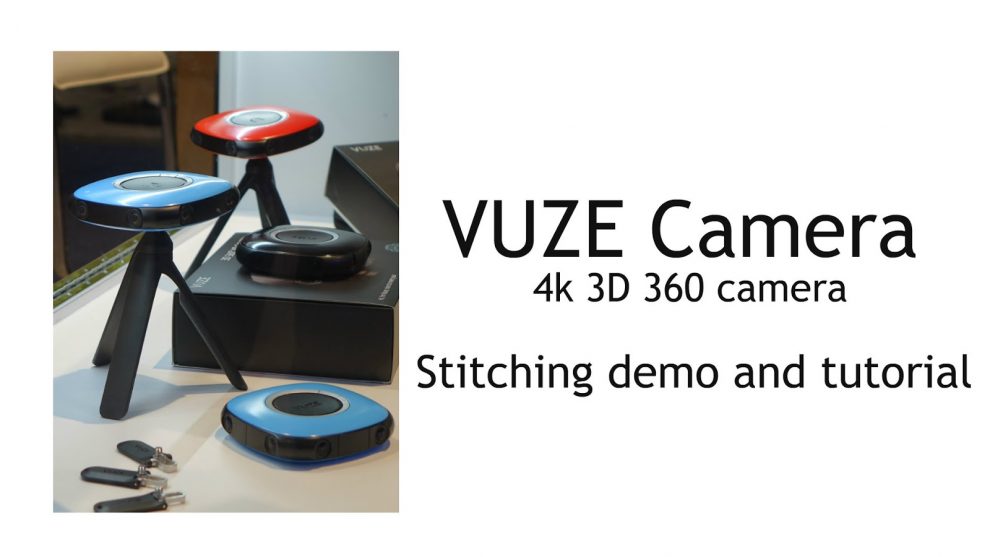 Here’s a video demo and tutorial for stitching a 3D 360 video with the Vuze Camera, the first affordable 3D 360 camera for consumers, with 4k resolution.

Last week, I posted an unboxing video and my first impressions.  This time I will show a demo of how to use the Vuze’s stitching software.

As a preliminary observation, I really like the software’s design.  It is very elegant and the best-designed software I’ve seen for a 360 camera, in my opinion.  I like how it is organized around a workflow.  However, I have experienced a few crashes on my modest PC hardware (Intel i5-4590; 8GB RAM, Intel HD Graphics 4600).

Here is the resulting sample 3D 360 video.  To watch it, you’ll need to use your smartphone and a Google Cardboard viewer, then use the YouTube app (for iOS or Android):

Next time, I will post more samples from the Vuze.