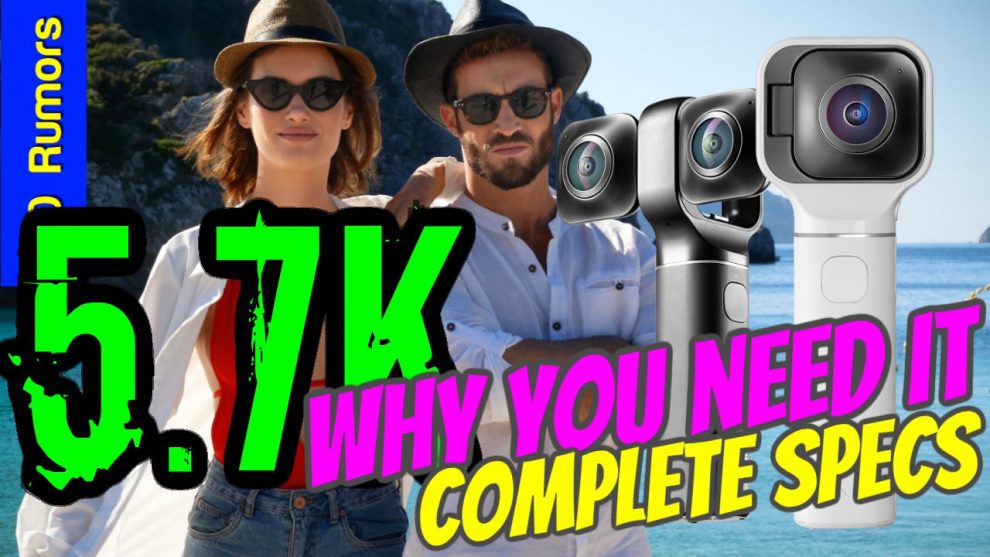 Humaneyes launched the Vuze XR, a 5.7K 360 camera that converts to a VR180 (3D 180) camera.   At $439, it is one of the most affordable 5.7K 360 cameras on the market.  I’ve been using it since December 2018 and here is a detailed hands-on review, including specifications, sample videos, sample photos, its advantages and disadvantages.  5/28/19 UPDATE: manual exposure mode and DNG Raw mode added.

Executive Summary
Background
What is VR180 and why is it so interesting?
Vuze XR specifications
Features (updated July 2, 2019)
Sample photos and videos
Tutorial and workflow
Price and availability

Here is an in-depth review of the Vuze XR, with a comparison against other popular VR180 and 360 cameras:

Here is an updated product video:

What is VR180 and why is it so interesting?

The key feature of Vuze XR is that it can convert from a 360 camera to a VR180 camera.  VR180 is a 3D 180-degree format for photos and videos.  It’s exciting for several reasons.  First,  it’s immersive. A photo or video in 3D 180 looks very immersive in a VR headset, more so than a 2D 360, in my opinion.  Although it doesn’t provide a 360 view, heatmaps show that many people tend to look only in the forward direction of a 360 video.

Second, it’s much easier to shoot, especially for narratives.  One of the challenges of shooting in 360 is that it requires an entirely different shooting technique.  It’s hard for the director to force the audience to look at a specific direction.  Even audiences can get confused and wonder whether they are missing out on what the director really wants them to see.  There are also other challenges.  For example, you normally can’t employ lighting because the lights would be visible in the shot.  With VR180, the camera shows only the front hemisphere, which means the director and shooting equipment can stay behind the camera and remain hidden.  That’s one of the reasons VR180 is appealing to many VR video professionals.   But even casual users will find shooting in VR180 much more familiar and similar to how they shoot with a smartphone.

I have three VR180 cameras at the moment, the Kandao Qoocam, Lenovo Mirage (reviewed here) and the LucidCam (samples here).  I love the photos and videos that I’ve captured with them.  But there are times when I do prefer a 360 view, such as to provide excellent stabilization (VR180 cameras don’t have the amazing stabilization of a stabilized 360 camera).  The Vuze XR, with its ability to convert from 360 to VR180, could be perfect for both types of videos.

Here are detailed specifications for the Vuze XR.

Other features and characteristics

The Vuze XR has an optional waterproof case with spherical lenses to minimize refraction.  Vuze XR can stitch smoothly underwater in 360, unlike many waterproof 360 cameras that have large blind spots along the stitch line.

The Vuze XR does have gyro-based stabilization in 360 mode.  You’ll be able to render stabilized videos with either the desktop or mobile app.

The Vuze XR app has animated 360 stamps and filters.  If you place a stamp somewhere in the 360 photo, it will appear to be anchored to that position as you change the view of the 360 photo or video.

Here are sample VR180 photos, viewable in 3D on a phone via Google Cardboard, or on a desktop via anaglyph glasses:

Here is a sample video that includes sample VR180 videos, VR180 photos, 2D 360 stabilization, VR180 stabilization, low light videos, and low light photos.  To view this in 3D, please view on the YouTube app on your phone, or on YouTube VR on your VR headset.

The video also appears to show that the Vuze has excellent highlight range.

How to connect Vuze XR wirelessly

For Android, connecting to Vuze XR is straightforward: just press the Wi-Fi button on the XR, connect your phone to the XR’s Wi-Fi signal (default password: 12345678), launch the XR app.   For iPhone, here is a tutorial for setting up the Wi-Fi connection (note: you only need to do this once):

You can now view Vuze XR photos and 4K videos wirelessly on Oculus Go.  To use this feature, you need to update the firmware.
1. Download the Vuze XR firmware (version 1.2.52426 March 19, 2019 or later).  To install it, copy the firmware to the root directory of the Vuze XR.  Ensure that the XR has adequate battery life, then with the XR turned off, insert the memory card.  Turn on the XR.  The power button will keep blinking during the update.  Do not interrupt this process.  The XR will reboot itself and you will hear three beeps indicating a successful update.

2. To use the new feature, double click the Wi-Fi.  Instead of a white LED, it will show a blue LED.

Vuze XR will be $439 direct from Humaneyes or through Amazon or through B&H Photo, and was released in November 2018.  Here is the official website.   Vuze XR will compete with a few other 360 cameras that can convert to a 3D 180 mode, including the Kandao Qoocam, which has a lower 4K resolution but has other features such as depth mapping, refocusing, and background replacement.  Another competitor is a foldable Kodak PIXPRO camera shown at CES 2018 (temporarily called 3D 360 VR camera).  I will keep this post updated as I get more new info about the XR.  You can receive free e-mail alerts here.  You can also join the growing community at the Facebook VR180 group.