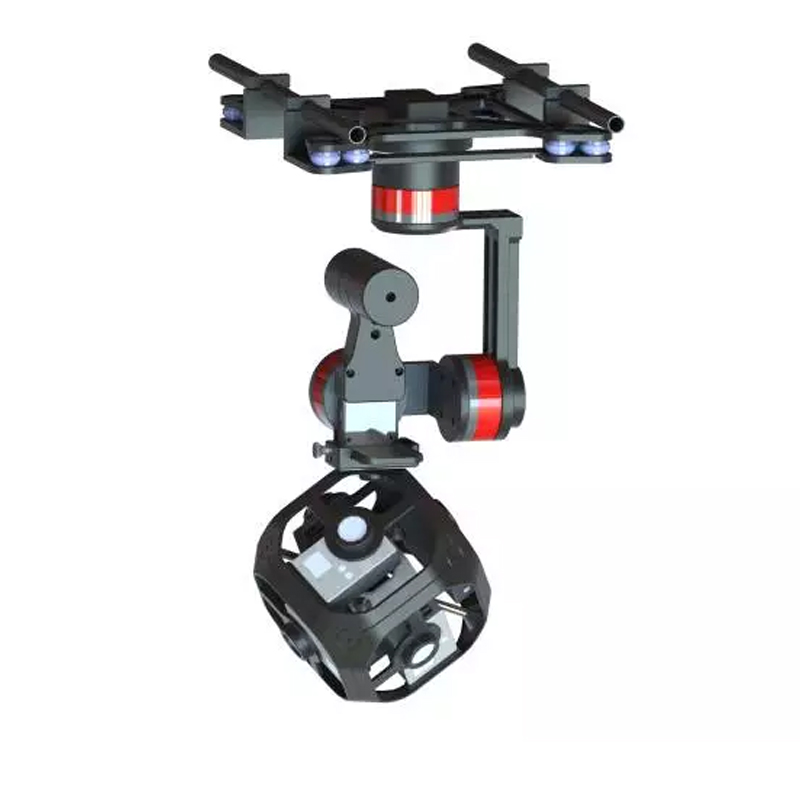 Wenpod Tarzan-A is a stabilized gimbal designed for 360 cameras and rigs to be mounted on a drone.

Aerial videos can be breath-taking, and 360 aerial videos are even more amazing, but to avoid nauseating viewers, the horizon must remain level.  Typically, drones have stabilized gimbals exactly for this purpose.  However, conventional gimbal designs would block a large part of a 360 camera’s view.

Wenpod has designed a stabilized 3-axis gimbal for 360 cameras and rigs to be mounted on a drone.  The design positions the motors below the camera to minimize their visible profile and making it easier to edit them out in postprocessing.

The Tarzan-A appears to use the same design as Wenpod’s Tarzan-G gimbal (previewed here) for 360 cameras but uses a damper plate instead of a handle.  We don’t know yet if the parts are interchangeable (i.e., whether you can mount a Tarzan G’s head on a damper plate).

The Tarzan-A is available for preorder from distributor Stabilizer Pro for $1859.

John Carmack explains why he disagreed with the Zenimax v. Oculus verdict
Ricoh combines a 360 photo with non-360 photos and videos
Comment