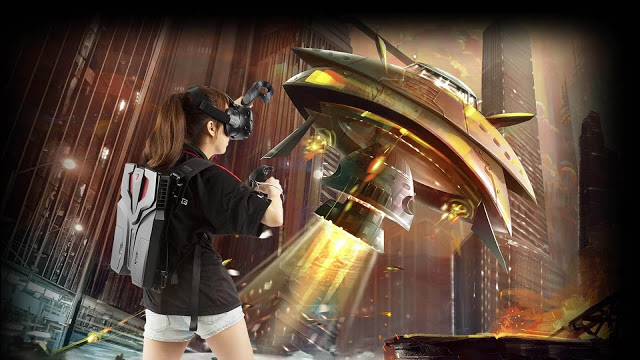 MSI’s VR One is a lightweight backpack PC for untethered VR.

Any desktop VR user can tell you that the best way to improve the experience is to get rid of the wires that tether the headset to the PC.  Although most people don’t trip over them, they are somewhat immersion breaking because they require the user to step over them or move them out of the way from time to time.  They can also inhibit the user’s ability to turn around freely.
While HTC is working with Quark to produce a wireless transmitter for the HTC Vive, several companies have created VR backpacks.  Indeed, some are already being used for VR experiences such as Zero Latency’s Free Roam VR or the Void’s Ghostbusters experience. 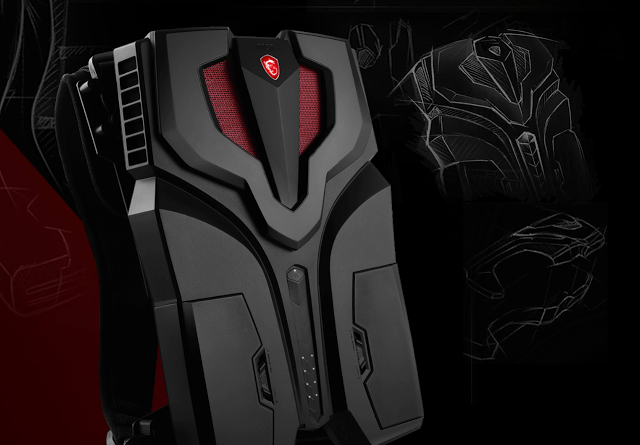 MSI’s VR One is a VR backpack that is lightweight and somewhat affordable.  It comes with a powerful i7 processor and a GTX 1070 graphics card.  Presumably, the hard drive is SSD.  It has two hot-swappable batteries for 1.5 hours of use, and even longer with additional spare batteries. 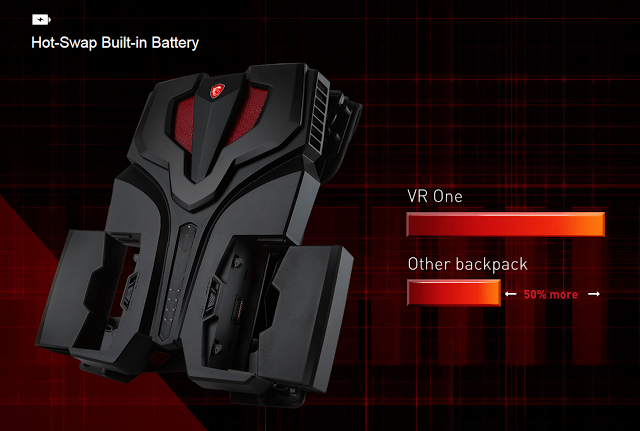 With four USB 3.0 ports, an HDMI port, mini DisplayPort, and a Thunderbolt 3 port, the VR One is ready for use with the HTC Vive (hopefully using USB 3.0 instead of 2.0 will not pose any issues as it did for some users) and perhaps future desktop VR systems as well.  It is theoretically possible but impractical to use it with an Oculus Rift, which requires a USB connection from its camera sensor to the PC. 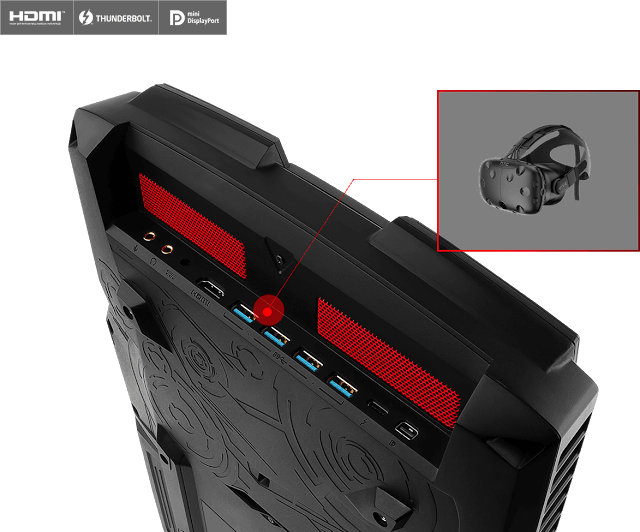 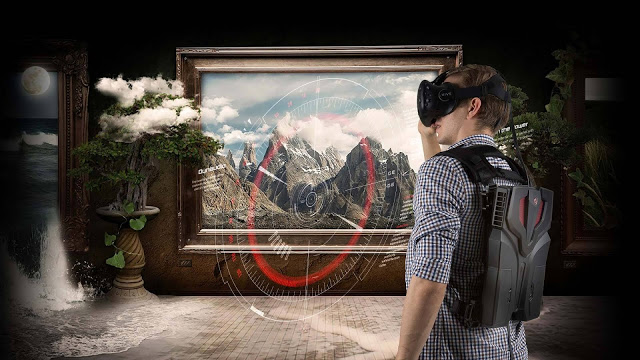