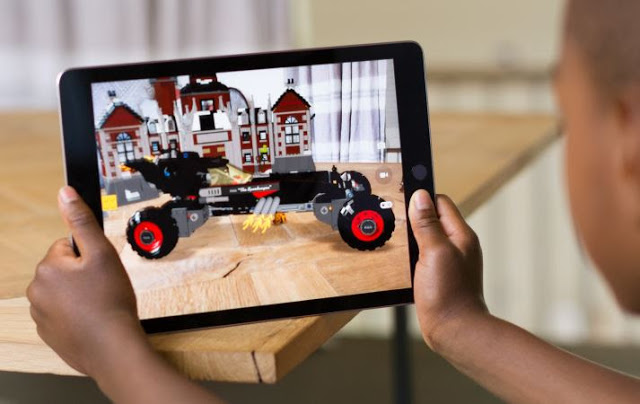 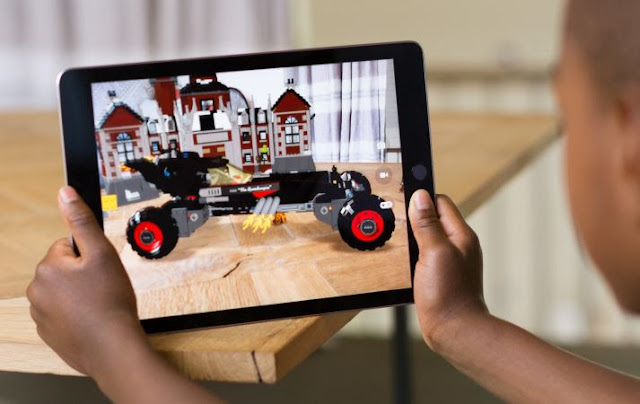 At WWDC 2017, Apple demonstrated augmented reality on the upcoming iOS 11 using existing iOS hardware.
UPDATE:  Apple has announced 360 video editing in Final Cut Pro; Apple will support Steam VR and HTC Vive; Apple has announced Metal API for VR.
1. AUGMENTED REALITY
At WWDC 2017, Apple announced several things including a new iPad Pro variant.  For readers of this site, the highlight was Apple’s demonstration of augmented reality on an iPad and an iPhone on the new iOS 11.  Your iPhone or iPad would be like a ‘window’ that shows AR objects, similar to how Pokemon Go is played for example, except now your iPad or iPhone will be able to estimate the three dimensional surfaces within its view and place AR objects on it more realistically.  For Pokemon Go for example, Pikachu would not just be floating in space, but would appear to be standing on a sidewalk that you are pointing at.  A missed Pokeball would seem to hit the ground and roll off, following its contours.

This SLAM (simultaneous localization and mapping) demo looks similar to what Mark Zuckerberg showed at Facebook F8 almost 2 months ago.  The difference according to Apple is that its demo is live, whereas they implied that Facebook’s demo is merely a carefully edited video.

Here is another purported video of Apple’s AR by Facts Uncovered:

Apple rolled out ARKit to enable developers to create AR apps for the iPhone and iPad, declaring iOS 11 as the “largest AR platform in the world.”  iOS 11 will be rolled out in the Fall for iPhone 5S and above (whew, my aging iPhone 6 squeezes by…).

3. STEAM VR SUPPORT; HTC VIVE on MAC
Apple announced that it would create a VR-Ready version of the Mac that would use a Radeon RX 580 graphics card.  The new VR-Ready Mac will support SteamVR, enabling it to play HTC Vive natively.  Moreover, the new Metal 2 video processing API will support VR.