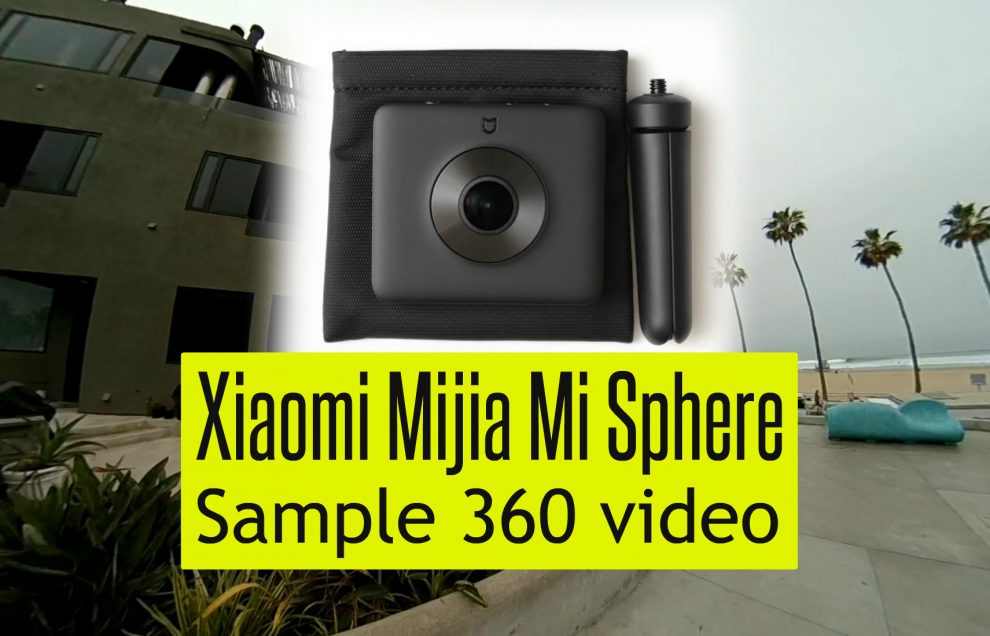 In this post, I continue my first impressions of the Xiaomi Mijia Mi Sphere 360 camera.  This time, I’ll present an unboxing a sample 360 video, and a demo of the Mi Sphere’s realtime stabilization!

First, here is an unboxing video:


I think the video looks very detailed (sufficiently so that even though its 3.5K video resolution is technically lower than 4K, it looks at least as detailed as 4K videos from competing cameras).  One issue is that there is a slight difference in color between the front and rear lenses.  I don’t know if Xiaomi will address this issue.  Another issue is that the audio is slightly out of sync with the video.

In the meantime, I also found out that the Mi Sphere 360 really does have image stabilization, and it seems to work as smoothly as, if not better than, the Insta360 Nano and Insta360 Air stabilization. However, I have not yet figured out how to save this stabilized video (I only used a screen capture utility to show a thumbnail).


If the stabilization really does work and you can export a stabilized video, that would put the Mi Sphere 360 far ahead of its competition IMHO.

WHERE TO BUY
The Mi Sphere is available from GearBest.  There’s currently a sale.  You way want to get it before the sale ends!