The photo above is a crop from a 360 photo. I couldn’t identify the camera by looking at the picture so I asked the one who posted it, and his answer caught me by surprise.  UPDATE:  Here is the latest information on the camera that was used – Sigmawit SW-5 (not SW-4).

The photo was posted by Nick Zhou.  Here is the link to his post.   According to Nick, the 360 camera used for this photo is the Sigmawit SW-4, an entry-level 360 camera being sold by his company Sigmawit. 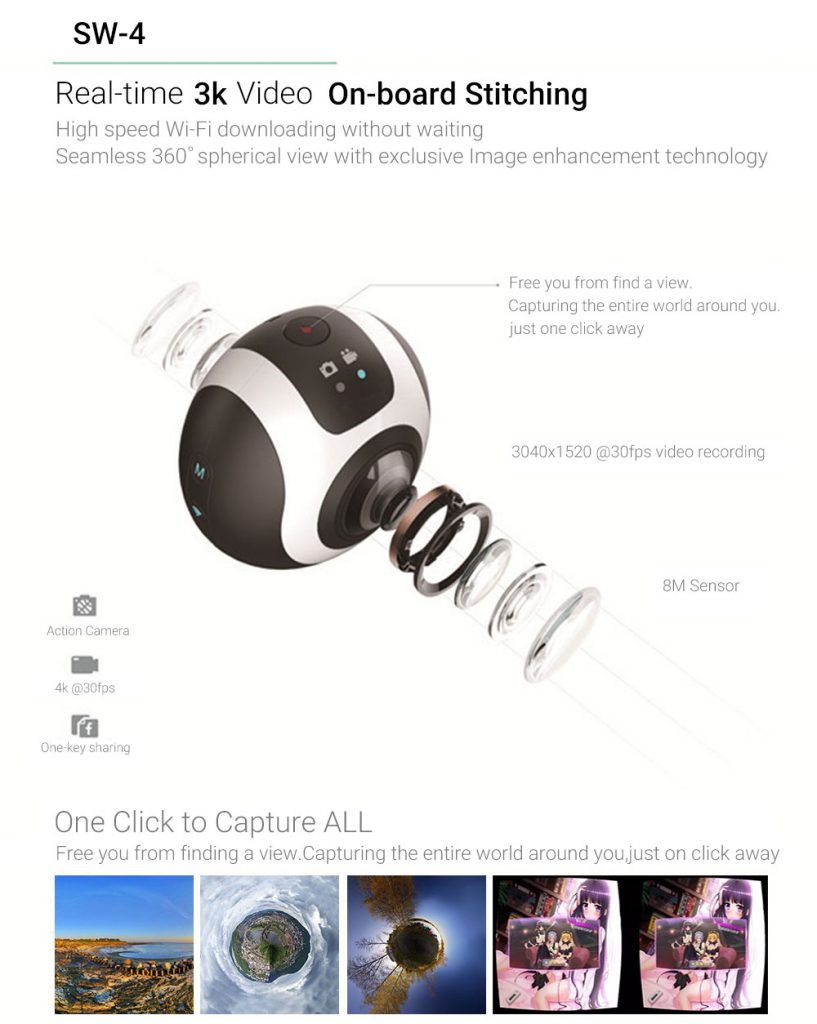 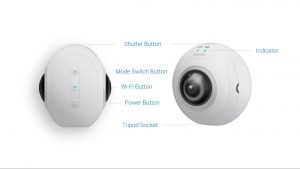 Obviously because the camera is very new, no one outside Sigmawit could have guessed that it came from this camera.  But what was surprising to me is a photo of this quality could come from an entry-level camera like the SW-4.  The SW-4’s specifications by themselves don’t look too unusual, and are a little better than those of the Insta360 Nano.  However, the actual image quality is far better than what I’ve seen from other entry-level 360 cameras.

Even though the nominal resolution is only 4096 x 2048, the level of detail in the photo is very high.  Here is another crop from a 360 photo. 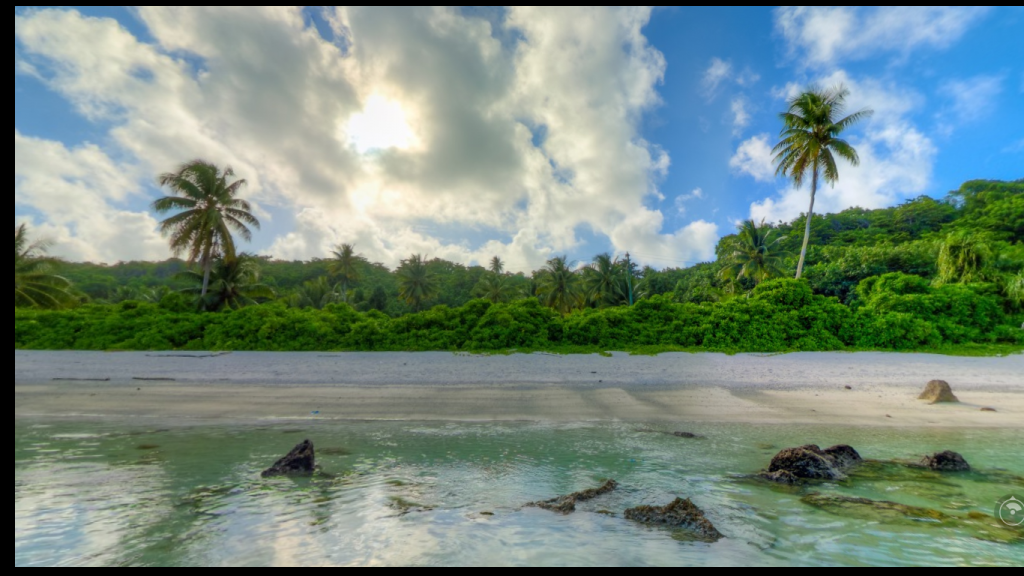 Here is how it looks if you zoom into the middle part to a 1:1 crop: 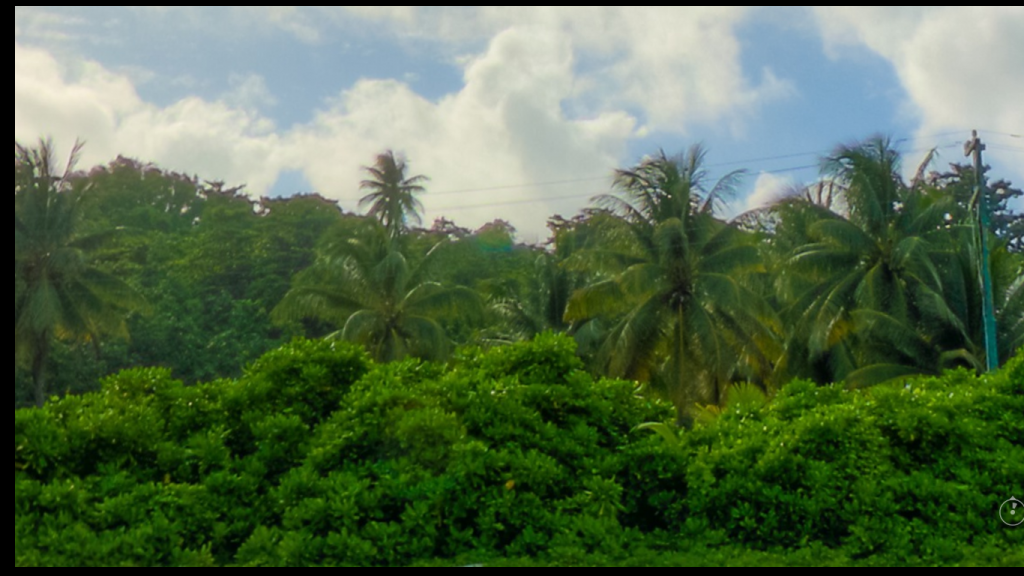 Even at this level of magnification, you can still make out the texture on the foliage, and indeed some of the individual leaves of the palm trees.   You can see the power line at that far distance…!  Regardless of its modest nominal resolution, this level of detail is far higher than what I normally see in entry-level 360 cameras or even intermediate cameras.

The stitching in the 360 photo is totally seamless.  I could not find the stitch line, even by looking at the nadir and zenith!  Here is the zenith of the photo:

Even supposing the nadir was patched, I could not see a stitch line anywhere in the photo.  There are no telltale stitching errors, no difference in exposure, or difference in color temperature.  It’s totally seamless.  It’s really hard to believe that this was stitched from an entry-level 360 camera.

The dynamic range seems to be at least as good as that of the Theta, with plenty of highlight detail and shadow detail. Other than the sun itself, nearly everything is captured within the sensor’s dynamic range….!  It’s almost HDR-like in its dynamic range.

Again, a remarkable shot from an entry-level 360 camera.

Here is a crop showing the reflection of the sun on the water.  Normally, any purple fringing or chromatic aberration would be visible in the specular highlights, but I see none whatsoever. 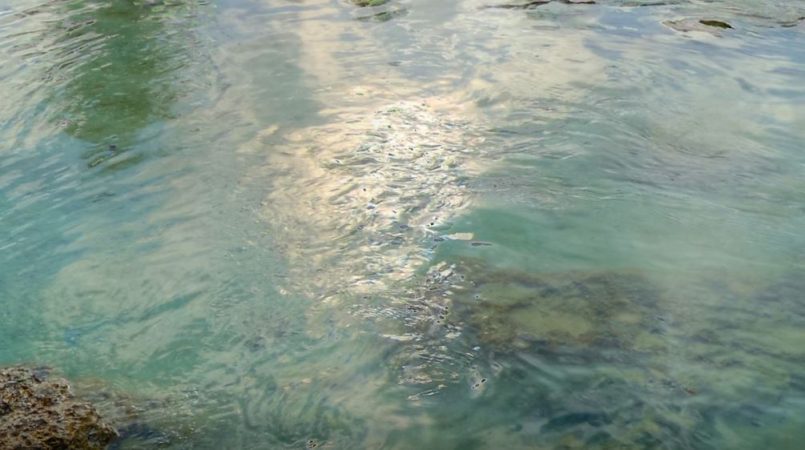 Now this part has nothing to do with image quality, but I just wanted to mention it here because it’s interesting.  There are a couple of interesting ‘objects’ in the photo.  This mysterious silhouette was spotted by Tony Anastasi. 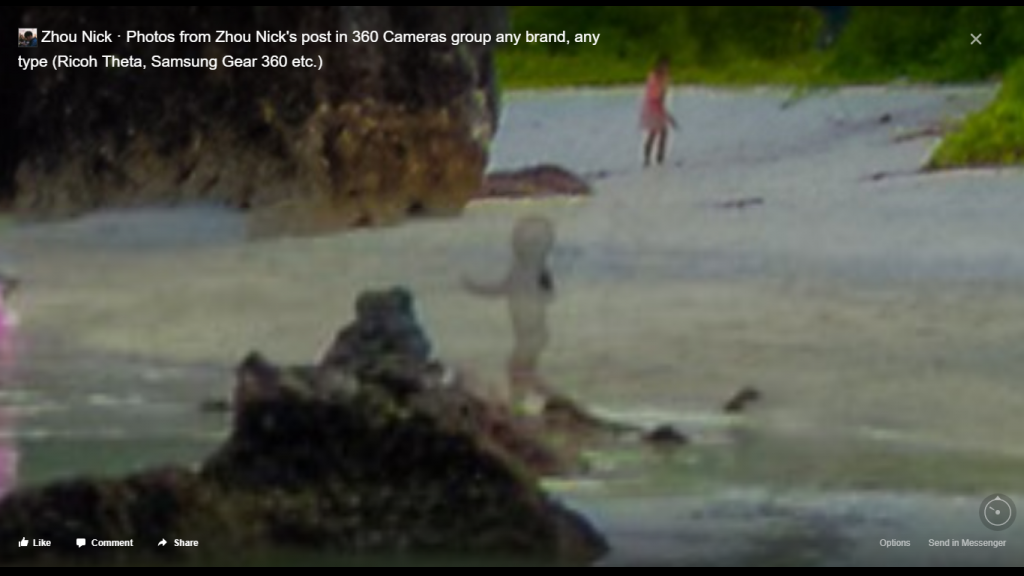 According to Nick Zhou, he didn’t notice this before and he did not edit the photo.  And here’s mystery object #2:

Leaving aside the two strange “stitching artifacts” this photo looks very impressive – actually, incredible – for an entry-level camera.  I’m going to try to confirm whether the photo indeed came from the SW-4 and if so, review it.  Meanwhile, I hope we’ll see 360 videos from this camera as well.  UPDATE:  Here is the latest information on the camera that was used – Sigmawit SW-5 (not SW-4).