YouTube has added heatmaps to popular 360 videos, showing where viewers are looking.
Update: Scott of Foundry 45 shared a video of a heatmap.  See below.

YouTube added 360 heatmaps to analytics tools, letting you see where viewers are spending the most time looking.  Last year, heatmaps were added by Facebook, but the threshold was quite high at 50,000 unique viewers (not views).  YouTube’s heatmap has a threshold of only 1,000 views.

Update: Scott of Foundry 45 shared this video of a heatmap:

The heatmap function still has a few bugs.  Sometimes I will get a message saying I don’t have enough views for any of my 360 videos (even though as you can see above, there are heatmaps available for my 360 videos): 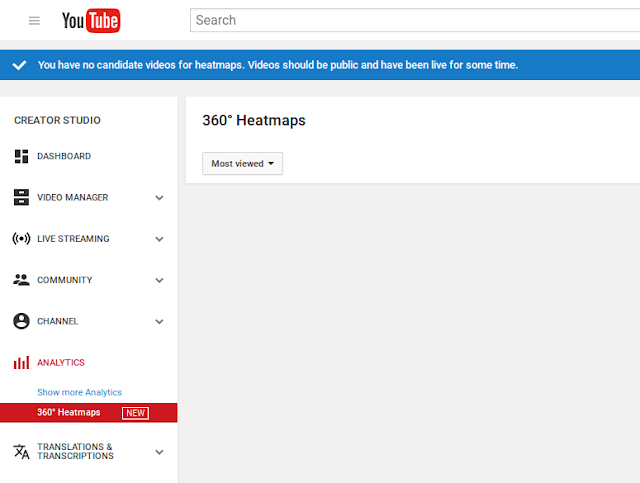 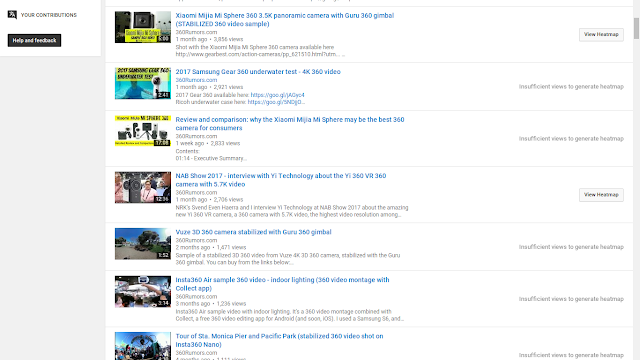 Notwithstanding the bugs, the addition of heatmaps is a very welcome feature for 360 content creators, and I’m glad YouTube set a much lower threshold for views than Facebook.  This will help creators refine their 360 videography techniques.

Thank you very much to Upton North for bringing this to my attention!