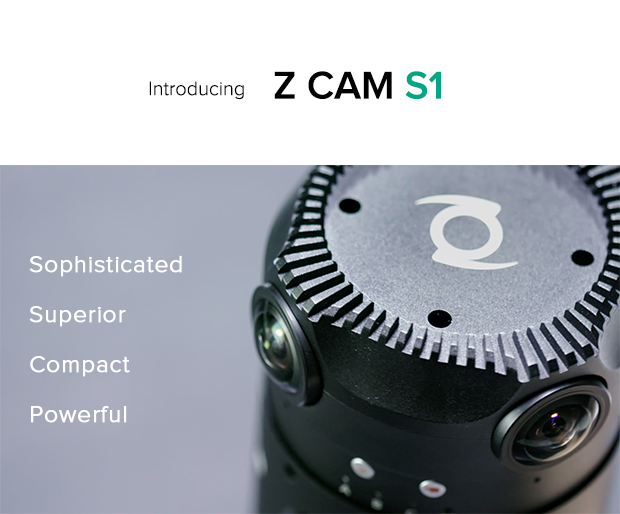 There are now several 360 cameras on the market.  However, there is still a need for 360 cameras with higher quality output.  The Z Cam S1 is a 360-degree camera that can capture 6k at 30fps or 4k at 60 fps.  Check out the samples! 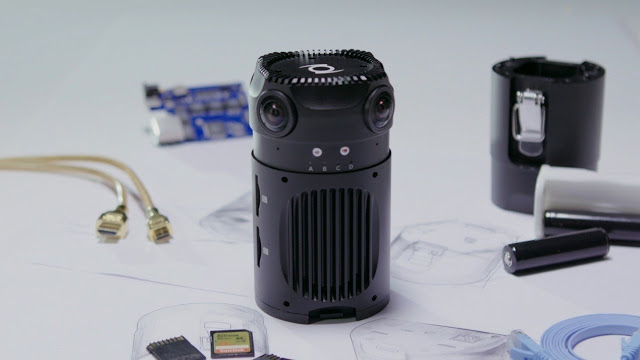 The Z Cam S1 has four all-glass fisheye lenses with 10 elements that each cover a 190 degree field of view.  Each lens is paired with a Sony EXMOR sensor.  The sensors record all images simultaneously using hardware synchronization.  Exposure and white balance are also automatically synchronized, unlike multi-camera 360 rigs.

The Z Cam S1 outputs in either 6k at 30 fps, or 4k at 60 fps, at 60mbps bitrate, in MOV format.  It has a Gigabit ethernet port and four HDMI ports (each with 1080p output) to make realtime stitching and livestreaming possible using separate software.  Z Cam will also offer its own realtime stitching software.

The Z Cam S1 is powered either with an AC/DC adapter or with a removable battery with up to 2 hours recording capacity.

Of course, all those specs don’t mean much until we see the image quality, hence Z Cam’s tagline “seeing is believing.”  In that regard,  Z Cam provided a sample video:

If you can’t see the video, here is a screen grab: 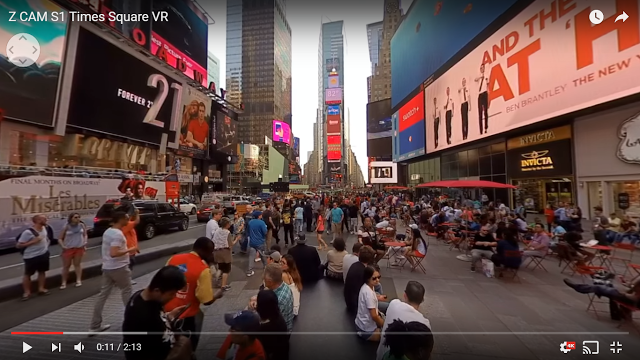 The video quality looks amazing! o.O  (Please note that the video was not stitched with Z Cam’s own software.)  Z Cam is so confident about their image quality that they offered the original files for download (unstitched and stitched).

Thanks to Mike Cane for bringing this to my attention!