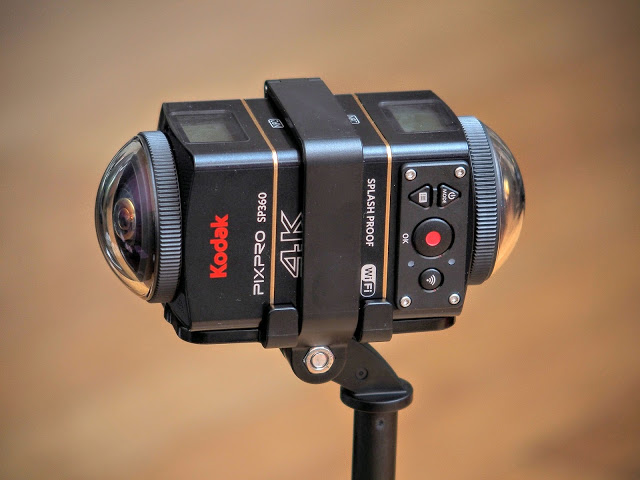 The dedicated housing for the Sp360 4K Dual Pro enables the Dual Pro to be used up to a depth of 30 meters (around 100 feet).  It has buttons to let you control the Dual Pro even when fully encased in the housing.

Here are the stitching settings I used (I used the same distance of 1.21 for both cameras):

Here is a sample underwater video with the housing:

Please note how people are generally able to cross the stitch line and the stitching remains reasonably coherent except when very close to the camera.

If you’d like to get the SP360 4K Dual Pro, you can buy it from Amazon, B&H or eBay (lots of people are selling them in anticipation of the Orbit360).

If you’d like to get the waterproof housing, you can buy from Amazon or eBay.