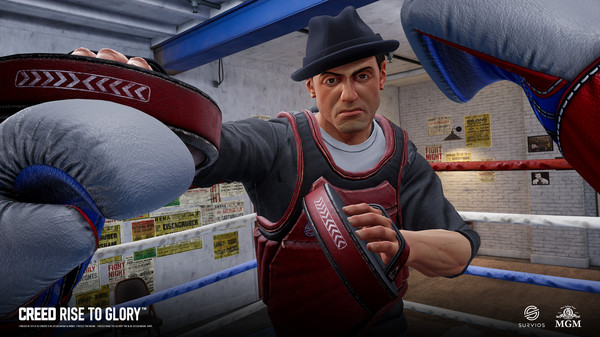 One of the best VR games I’ve seen is now available — Creed: Rise to Glory is a VR boxing game based on the spinoff movie from Rocky.   It’s made by Survios, makers of the smash hit Raw Data. Here is a trailer for the game:


Creed: Rise to Glory now available for Playstation VR, Oculus Rift, or HTC Vive (on Steam VR).   I’ve downloaded it but haven’t had the chance to try it out yet. I’ll post a review when I have the chance!