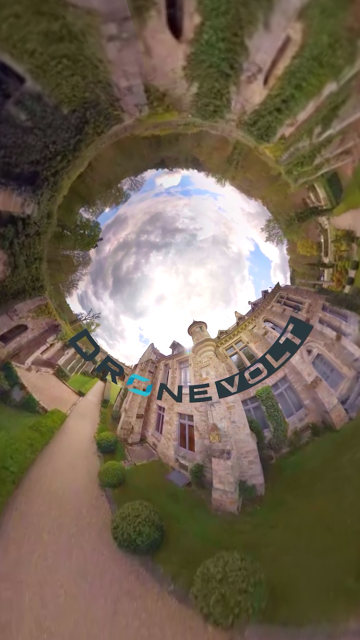 The DroneVolt Janus is racing to be the first drone with built-in fully spherical 360 capture capability, and it will capture 360 with not one but two GoPro rigs, for a total of ten GoPro 4k cameras. 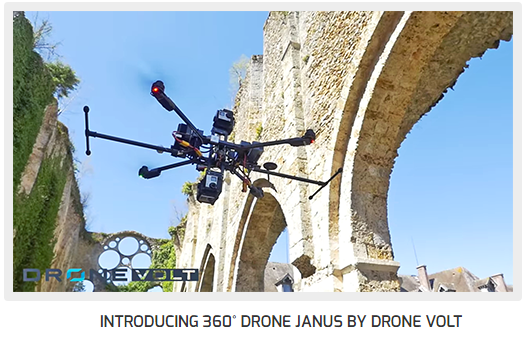 Hit the jump for more info and a sample video!

DroneVolt’s Janus is a quadcopter that can carry two Freedom 360 rigs (each with five GoPros), one above and one below it, to capture fully spherical videos.  Dronevolt says that both rigs are stabilized, although it is not clear whether they mean electronic stabilization, because the rigs do not appear to have gimbals.  It also appears that the Janus has retractable landing gear.

With 10 GoPro cameras, the Janus captures 150GB of videos per flight (which has a duration of 15 minutes).  I believe this figure refers to the individual videos rather than the stitched video.

DroneVolt also says that the Janus has “HD Live Video” but it does not say that it is a 360 view.  Rather, I believe that it means you get a live feed from one of the cameras.

Here is the Janus in action:

And here is a sample 360 aerial video captured by the Janus.

HERE is a high quality version hosted on GoPro VR.

No word yet on availability or price.  HERE is the official webpage.