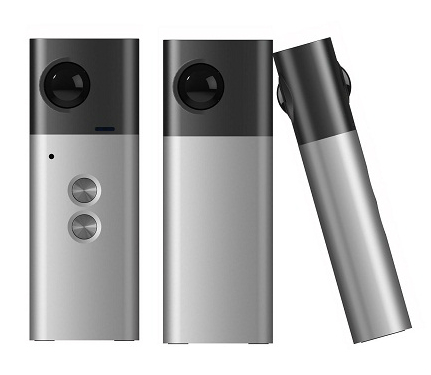 One of the trends in the 360 camera industry is the increasing number of fully spherical 360 cameras even among low-cost entry-level 360 cameras. One of these is the Eloam Mini 720.

Here are the specs:

– two fisheye lenses with 200 degree field of view each

– compatible with iOS and Android

I haven’t seen any sample photos or videos from this camera, and I don’t know the retail price yet.

Insta360 Air review: why this $129 camera is the best 360 camera for personal use
Real world resolution comparison: Panono vs. Ricoh Theta S
Comment