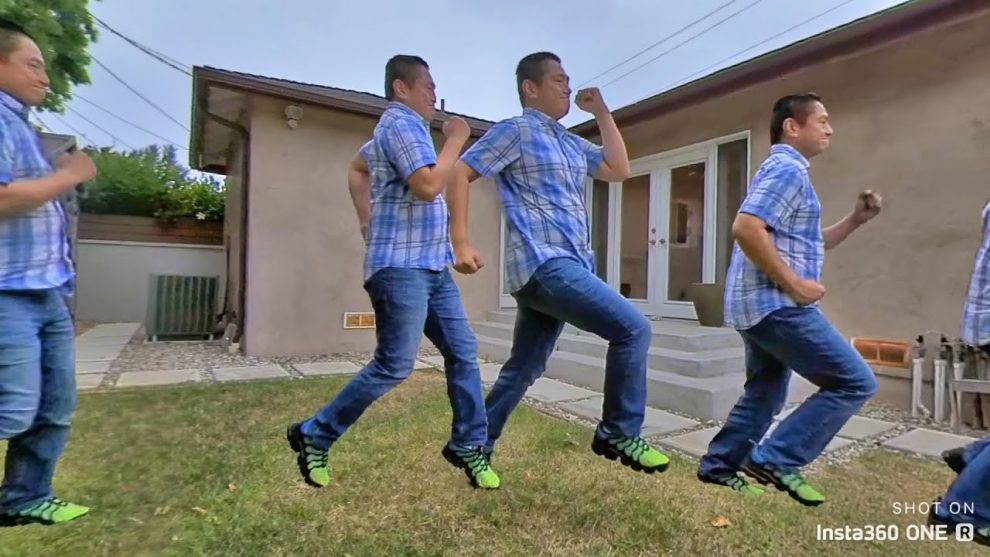 You can now create freeze frame clone trails automatically, with no masking or selection needed, with an Insta360 One R update that also added other effects.  Here’s a tutorial.

Clone trails were made popular in music videos such as Ariana Grande’s “The Light is Coming.”  Traditionally, they have required a lot of meticulous editing, as shown in this tutorial by Cinecom. But now anyone can do a freeze frame clone trail effect automatically in just a few minutes with Insta360 One R, thanks to an update that added clone trail, parallel planet, and spin view effects.

Here’s the tutorial for the clone trail effect.

The parallel planet effect is equally easy to use.

Invisible drone: Insta360 One R Aerial Edition on an FPV drone
Why seamless 360 photos of car interiors are not so easy (and an upcoming class on how to do it)
Comment